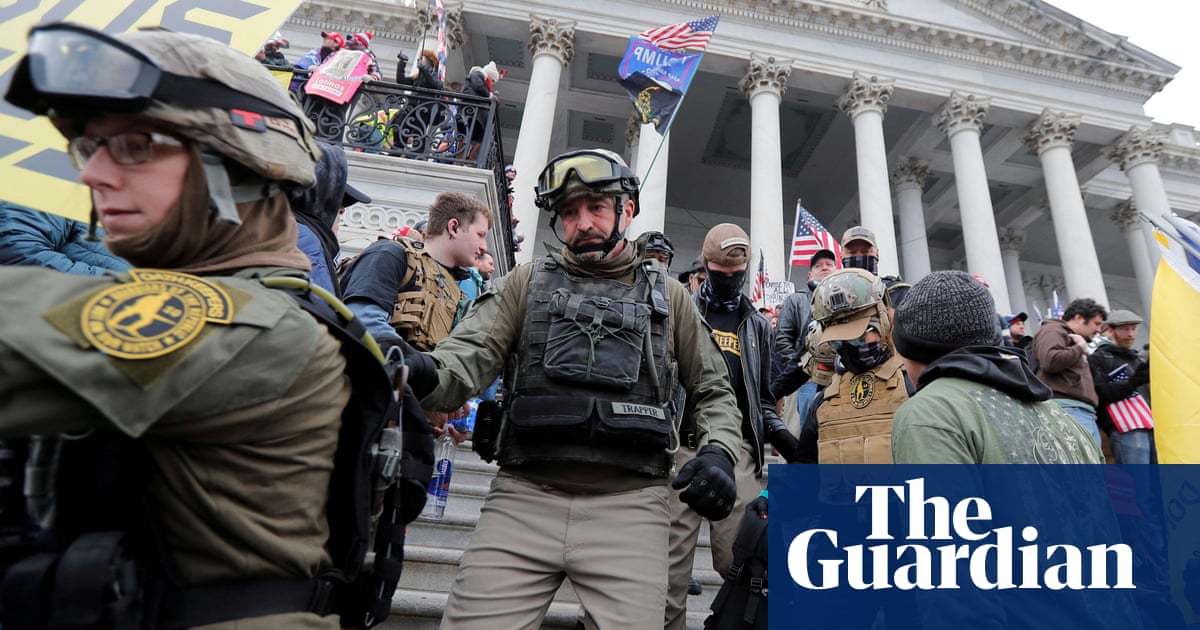 Four members of the Oath Keepers anti-government militia were convicted on Monday of seditious conspiracy relating to the January 6, 2021 insurrection at the US Capitol by supporters of Donald Trump, after the second major trial accusing far-right extremists of plotting to forcibly keep the former US president in power.

The convictions were another major victory for the Department of Justice, which is also trying to secure sedition verdicts against the former leader of the hard-right, violent, all-male nationalist group the Proud Boys and four associates. The trial against Enrique Tarrio and his lieutenants opened earlier this month in Washington DC and is expected to last several weeks.

They are some of the most serious cases brought so far in the sweeping investigation into the Capitol attack, which continues to grow two years after the riot. The justice department has brought nearly 1,000 cases and the tally increases by the week.

Defense attorneys sought to downplay violent messages as mere bluster and said the Oath Keepers came to Washington to provide security at events before the riot.

They seized on prosecutors’ lack of evidence that the Oath Keepers had an explicit plan to storm the Capitol before January 6 and told jurors that the extremists who attacked the Capitol acted spontaneously like thousands of other rioters.

Rhodes founded the Oath Keepers, whose members include current and retired military personnel, law enforcement officers and first responders, in 2009.

Members have showed up, often heavily armed, at protests and political events including demonstrations following the May 2020 murder of George Floyd by a white police officer in Minneapolis.