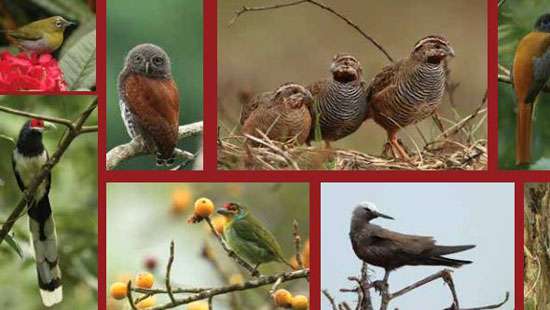 A total of 81 bird species in the country had been listed as ‘threatened’ due to human activities, Environment Ministry’s Biodiversity Secretariat Director Mrs R.H.M.P. Abeykoon said.

She told the Daily Mirror that a list of “Critically Endangered” (CR), “Endangered” (EN), “Near Threatened” (NT), and “Vulnerable” (VU) species had been prepared during a nationwide survey for the Red Data Book of 2021.

She said 19 bird species were listed under the “Critically Endangered” category. There are 48 bird species listed as Endangered, 31 as Near Threatened, and 14 as Vulnerable.

She stated that the birds were classified as threatened due to human-caused habitat destruction.

The national Red List is a public document recording endangered and rare species of plants, animals, and fungi, as well as some local subspecies that are present in a particular region.

Sri Lanka is a biodiversity hotspot with 522 species of birds, and this has been found during a nationwide survey on the National Red List of 2021, she said.