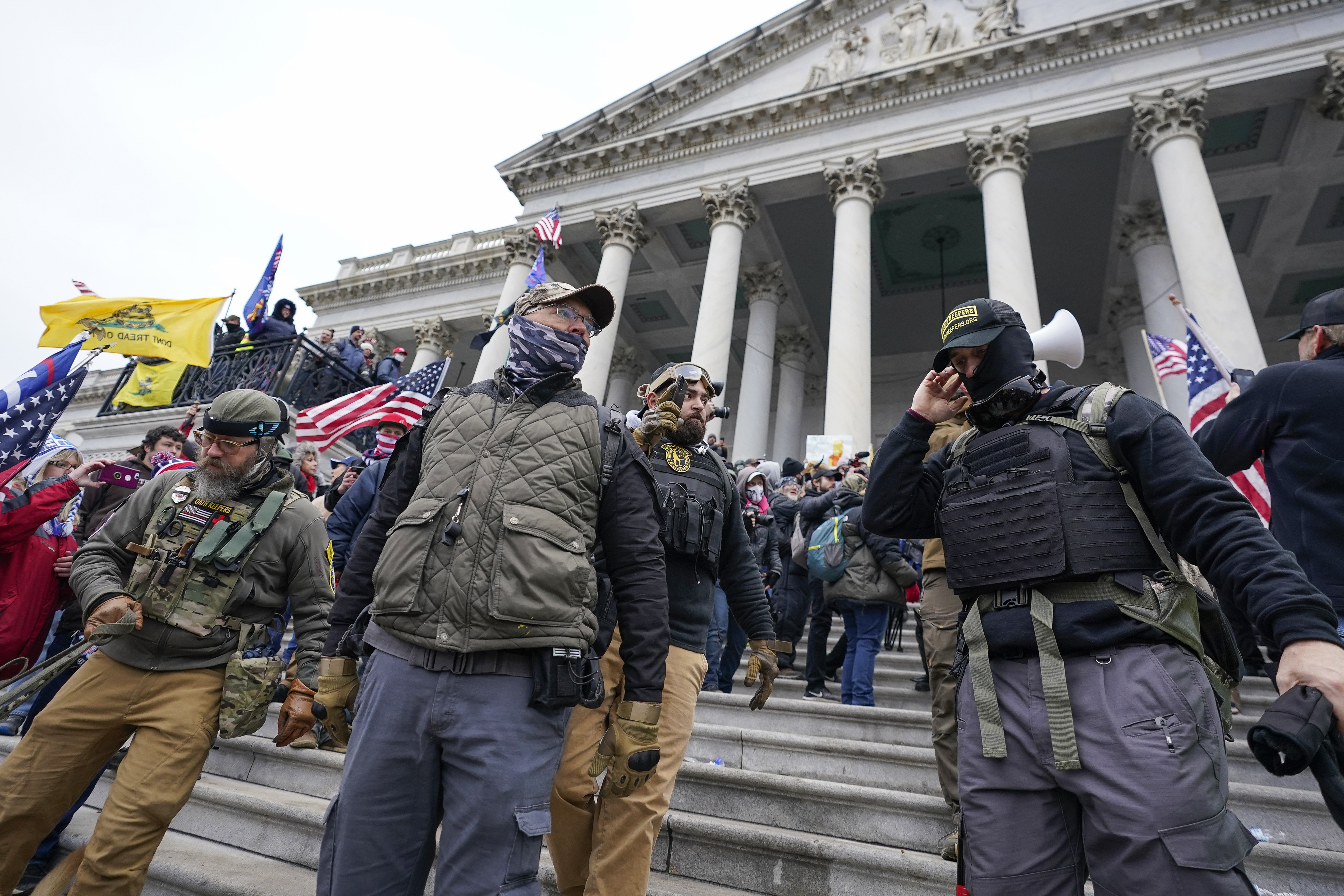 Four members of the far-right Oath Keepers were found guilty on Monday of attempting to derail the transfer of power from President Donald Trump to Joe Biden on Jan. 6, 2021.

A jury found that the four men — Roberto Minuta, David Moerschel, Joseph Hackett and Ed Vallejo — joined a conspiracy with other Oath Keepers to forcibly prevent Biden from taking office.

Prosecutors say the Oath Keepers began planning to derail the transfer of power shortly after Biden was projected to be the winner of the 2020 election. Though Rhodes and other members of the group said they merely came to Washington to act as security details for speakers at Trump’s “Stop the Steal” rally, members of the group later joined the mob breaching the Capitol building.

Nearly two dozen Oath Keepers entered the Capitol through the Columbus Doors near the rotunda before splitting into two groups and heading toward the House and Senate chambers.

The Oath Keepers also organized a large stockpile of firearms and other weaponry at a hotel in Arlington, Va., which they intended for use if the violence escalated even further. Vallejo remained stationed at the hotel, prepared to shuttle the weapons to D.C. if the group called on him, but it never did.

Jan. 6 intruder who sat at Pelosi office desk convicted on all charges

Members of the group remained stoic as the verdict was read aloud. Seated in a row of the public gallery were Tarrio’s mother; the mother of Ashli Babbitt, a Jan. 6 rioter who was shot and killed by a Capitol Police officer while trying to breach the House chamber; and Nicole Reffitt, whose husband is serving a seven-and-a-half-year sentence for obstruction of Congress’ Jan. 6 proceedings. They were also present earlier in the day when Jan. 6 defendant Richard Barnett — who is featured in famous images with his feet on a desk in then-Speaker Nancy Pelosi’s office suite — was found guilty on eight charges related to the breach of the Capitol.