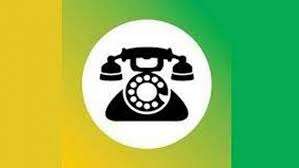 Whilst Samagi Jana Balawegaya ( SJB) organizer for Colombo North C.Y. P Ram alleged that names of some candidates contesting for the Colombo Municipal Council had been tipexed,  Mayoral candidate of the party Mujibur Rahman denied the claim.

“Few names of our candidates whose names were included earlier in the nomination papers have been removed. Their names have been tipexed and replaced with some names of few UNP sitting members of the Colombo Municipal Council. I expect the party leader to look into this and penalize those who are responsible,” Ram said.

“I also oppose the decision to allow UNP sitting councilors to contest from SJB,” he said.

Rahman who responded said all members who have been allowed to contest for the Colombo Municipal Council have been approved by the party secretary general.

“There is no issue with regard to candidates who are contesting from SJB for the Colombo Municipal Council. There are no divisions regarding nominations,” he said.(Yohan Perera)