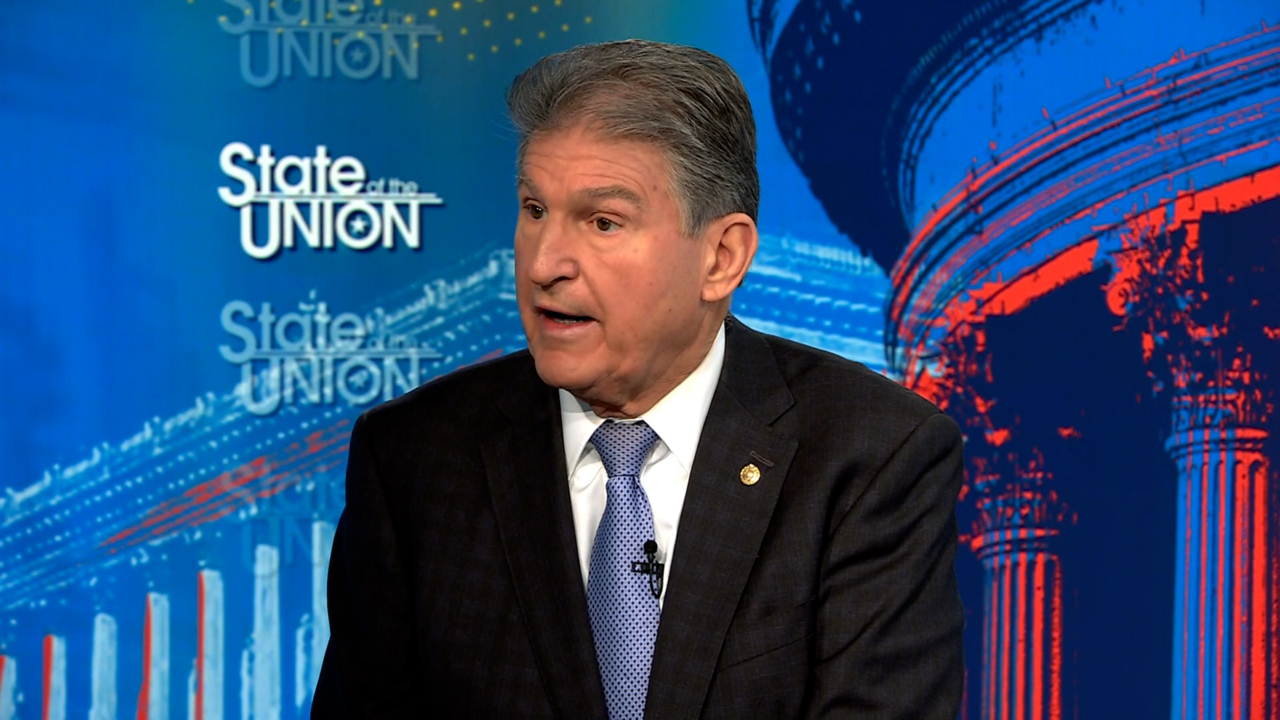 Sen. Joe Manchin on Sunday said it’s a “mistake” that the Biden administration won’t negotiate with Republicans on the debt ceiling limit.

“This is a — this is a democracy that we have. We have a two-party system,” Manchin (D-W.Va.) said, speaking on CNN’s “State of the Union.” “And we should be able to talk and find out where our differences are. And if they are irreconcilable, then you have to move on from there and let the people make their decisions.”

President Joe Biden said Friday that he would speak with House Speaker Kevin McCarthy about the debt ceiling, but stated that if “we don’t meet our national debt and renege for the first time, we have a calamity that exceeds anything that’s ever happened financially in the United States.” And White House press secretary Karine Jean-Pierre said raising the debt ceiling was too important to be haggled over. “Congress has always done it, and the president expects them to do their duty once again,” she said. “That is not negotiable.”

No date has been set for the Biden-McCarthy meeting.

“I’m optimistic they will sit down, as this White House always has, and that’s why we were able to accomplish so much in a bipartisan way last Congress. It takes constructive conversation,” Rep. Josh Gottheimer (D-N.J.) said on “Fox News Sunday.” “There’s things that are reasonable on the table, and there are things that are unreasonable. Gutting Social Security and Medicare is on the unreasonable.”

On the Republican side, Rep. Nancy Mace (R-S.C.) said on NBC’s “Meet the Press” that Biden not negotiating with Republicans is “not how to unify our country.”

“We are very divided right now. We have $31 trillion of debt. The responsible thing to do would be to get to the table with Republicans and negotiate a way,” Mace said.

Manchin said the cuts proposed by Republicans are “not going to happen.”

“Take that off the board right now and look at ways that we have wasteful spending that we can be held accountable and responsible,” the West Virginia Democrat said.

Trump issued a warning to Republican lawmakers on Friday, saying that Republicans shouldn’t vote to cut “a single penny” from Medicare or Social Security.

“It’s ironic,” Rep. Brendan Boyle (D-Pa.) said on MSNBC, “that Kevin McCarthy and his fellow Republicans in the House are now suddenly discovering that deficit and debt is this important issue, because they’re the same folks who voted to raise the debt ceiling, and never said a word when Donald Trump was adding more to our national debt than any president in our American history.”

On Thursday, Treasury Secretary Janet Yellen said that the U.S. had reached its debt limit and would need to use extraordinary measures to avoid a default. Yellen has projected that Congress has until at least June to pass a debt ceiling increase.

If the federal government exhausts its use of extraordinary measures for the first time, it could impact Americans who depend on government benefits and “would cause irreparable harm to the U.S. economy, the livelihoods of all Americans, and global financial stability,” Yellen has said.