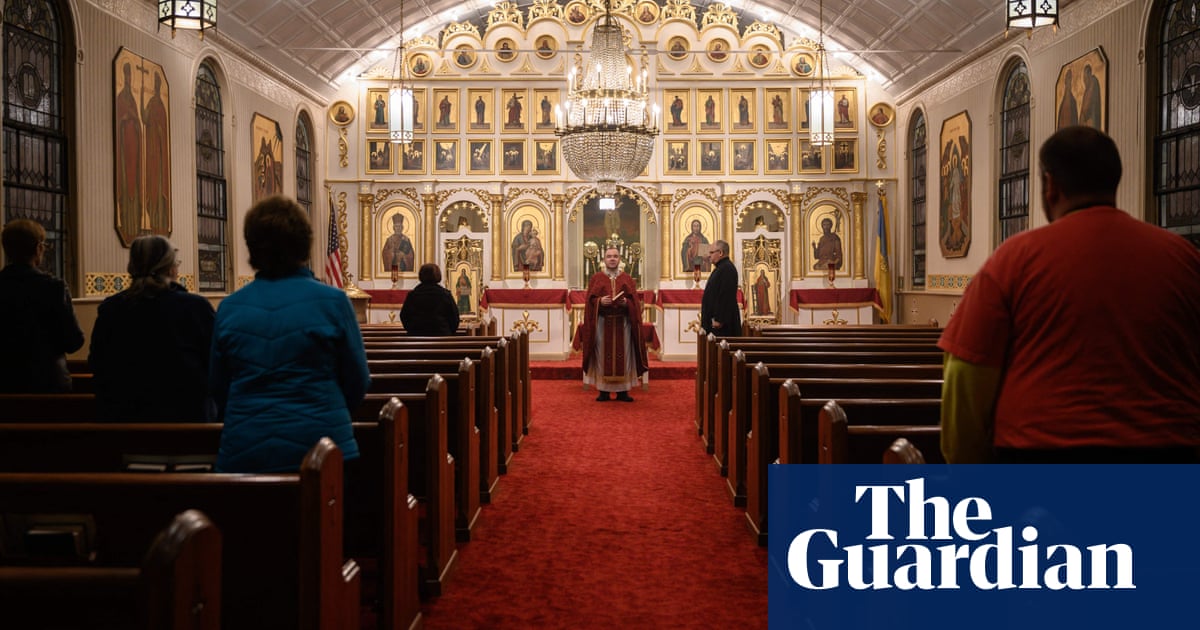 Churches are closing at rapid numbers in the US, researchers say, as congregations dwindle across the country and a younger generation of Americans abandon Christianity altogether – even as faith continues to dominate American politics.

As the US adjusts to an increasingly non-religious population, thousands of churches are closing each year in the country – a figure that experts believe may have accelerated since the Covid-19 pandemic.

The situation means some hard decisions for pastors, who have to decide when a dwindling congregation is no longer sustainable. But it has also created a boom market for those wanting to buy churches, with former houses of worship now finding new life.

About 4,500 Protestant churches closed in 2019, the last year data is available, with about 3,000 new churches opening, according to Lifeway Research. It was the first time the number of churches in the US hadn’t grown since the evangelical firm started studying the topic. With the pandemic speeding up a broader trend of Americans turning away from Christianity, researchers say the closures will only have accelerated.

“The closures, even for a temporary period of time, impacted a lot of churches. People breaking that habit of attending church means a lot of churches had to work hard to get people back to attending again,” said Scott McConnell, executive director at Lifeway Research.

“In the last three years, all signs are pointing to a continued pace of closures probably similar to 2019 or possibly higher, as there’s been a really rapid rise in American individuals who say they’re not religious.”

Protestant pastors reported that typical church attendance is only 85% of pre-pandemic levels, McConnell said, while research by the Survey Center on American Life and the University of Chicago found that in spring 2022 67% of Americans reported attending church at least once a year, compared with 75% before the pandemic.

But while Covid-19 may have accelerated the decline, there is a broader, long-running trend of people moving away from religion. In 2017 Lifeway surveyed young adults aged between 18 and 22 who had attended church regularly, for at least a year during high school. The firm found that seven out of 10 had stopped attending church regularly.

Some of the reasons were “logistical”, McConnell said, as people moved away for college or started jobs which made it difficult to attend church.

“But some of the other answers are not so much logistics. One of the top answers was church members seem to be judgmental or hypocritical,” McConnell said.

“And so the younger generation just doesn’t feel like they’re being accepted in a church environment or some of their choices aren’t being accepted by those at church.”

About a quarter of the young adults who dropped out of church said they disagreed with their church’s stance on political and social issues, McConnell said.

A study by Pew Research found that the number of Americans who identified as Christian was 64% in 2020, with 30% of the US population being classed as “religiously unaffiliated”. About 6% of Americans identified with Judaism, Islam, Hinduism and Buddhism.

“Since the 1990s, large numbers of Americans have left Christianity to join the growing ranks of US adults who describe their religious identity as atheist, agnostic or ‘nothing in particular’,” Pew wrote.

“This accelerating trend is reshaping the US religious landscape.”

In 1972 92% of Americans said they were Christian, Pew reported, but by 2070 that number will drop to below 50% – and the number of “religiously unaffiliated” Americans – or ‘nones’ will probably outnumber those adhering to Christianity.

Stephen Bullivant, author of Nonverts: The Making of Ex-Christian America and professor of theology and the sociology of religion at St Mary’s University, said in the Christian world it had been a generational change.

While grandparents might have been regular churchgoers, their children would say they believe in God, but not go to church regularly. By the time millennials came round, they had little experience or relationship with churchgoing or religion.

In the Catholic church, in particular, the sexual abuse scandal may have driven away people who had only a tenuous connection to the faith.

“The other thing is the pandemic,” Bullivant said.

“A lot of people who were weakly attached, to suddenly have months of not going, they’re then thinking: ‘Well we don’t really need to go,’ or ‘We’ve found something else to do,’ or thinking: ‘It was hard enough dragging the kids along then, we really ought to start going again … next week.’”

Bullivant said most other countries saw a move away from religion earlier than the US, but the US had particular circumstances that slowed things down.

“What happens in America that I think dampens down the rise of the nones is the cold war. Because in America, unlike in Britain, there’s a very explicit kind of ‘Christian America’ versus godless communism framing, and to be non-religious is to be un-American.

“I think that dampens it down until you get the millennial generation for whom the cold war is just a vague memory from their early childhood.”

When people leave, congregations dwindle. And when that gets to a critical point, churches close. That has led to a flood of churches available for sale, and a range of opportunities for the once holy buildings.

Brian Dolehide, managing director of AD Advisors, a real estate company that specializes in church sales, said the last 10 years had seen a spike in sales. Frequently churches become housing or care homes, while some of the churches are bought by other churches wanting to expand.

But selling a church isn’t like selling a house or a business. Frequently the sellers want a buyer who plans to use the church for a good cause: Dolehide said he had recently sold a church in El Paso which is now used as housing for recent immigrants, and a convent in Pittsburgh which will be used as affordable housing.

“The faith-based transaction is so different in so many ways from the for-profit transaction. We’re not looking to profit from our transactions, we’re looking for the best use that reflects the last 50 years or 100 years use if possible.”

The closures aren’t spread evenly through the country.

In Texas, John Muzyka said there were fewer churches for sale than at any point in the last 15 years. He believes that is partly down to Texas’s response to the pandemic, where the governor allowed churches to open in May 2020, even when the number of new Covid cases was extremely high.

“I would say if a church stayed closed for more than a year, it was really hard to get those people to come back. When you were closed for three months, you were able to get over it,” Muzyka said.

That aside, closures are often due to a failure of churches to adapt.

“A church will go through a life cycle. At some point, maybe the congregation ages out, maybe they stop reaching young families.

“If the church ages and doesn’t reach young people, or the demographics change and they don’t figure out how to reach the new demographic, that church ends up closing.

“Yes, there’s financial pressures that will close a church, but oftentimes, it’s more that they didn’t figure out how to change when the community changed, or they didn’t have enough young people to continue the congregation for the next generation.”