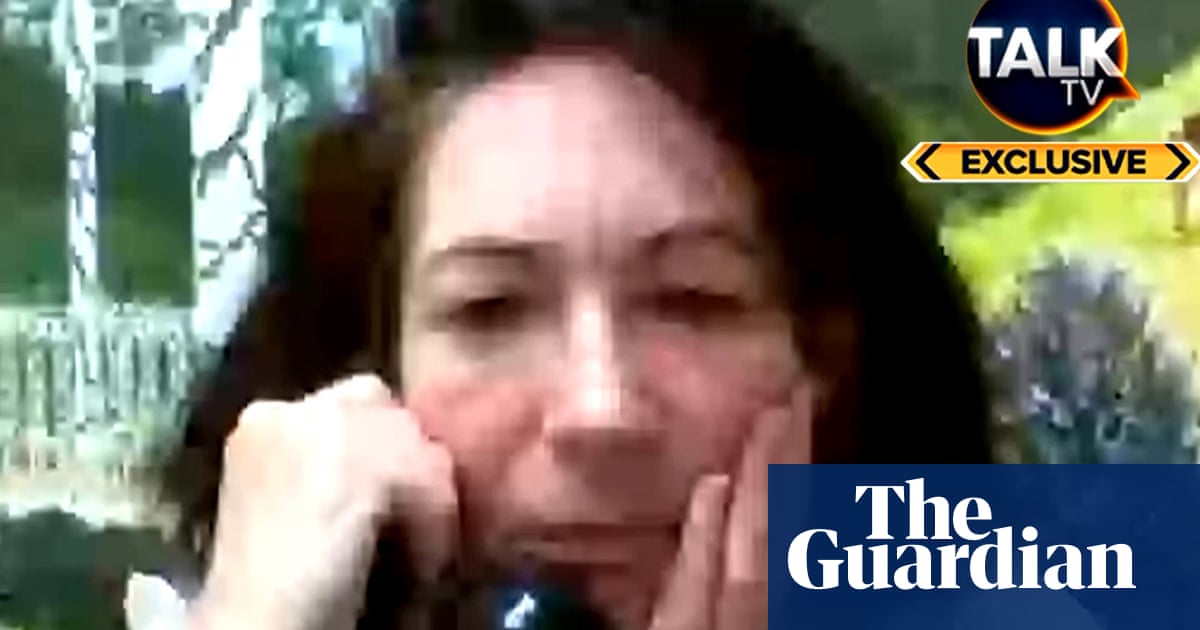 Ghislaine Maxwell has questioned the authenticity of a photograph that came to symbolise Virginia Giuffre’s sexual abuse allegations against Prince Andrew, amid reports the Duke of York is considering overturning his settlement.

In a video interview from prison, Maxwell who appears in the infamous 2001 photograph alongside the then 17-year-old Giuffre as Andrew holds her semi-bare waist, said: “I don’t believe it’s real for a second.”

Speaking from a Florida prison where she is serving 20 years for procuring teenage girls for the sex offender Jeffrey Epstein, Maxwell added: “It’s a fake … there’s never been an original and further there is no photograph. I’ve only ever seen a photocopy of it.”

Clips of the interview conducted in August by the journalist Daphne Barak have been released by TalkTV, which is due to broadcast a fuller version on Monday evening in its Jeremy Kyle Live show.

In 2019 Andrew told Newsnight that he had no recollection of ever meeting Giuffre and claimed the photograph may have been doctored.

Last year, Andrew settled a sexual assault case filed against him by Giuffre for an undisclosed sum reported to be up £3m.

In a report for the Sun on Sunday, Barak claimed that Andrew is consulting lawyers about overturning that settlement. There has been no confirmation of the claim from Buckingham Palace or the lawyers reported to be involved.

Lisa Bloom, a Los Angeles lawyer who represents some of Epstein’s victims, said Andrew would have no chance of overturning the settlement with Giuffre.

In a Twitter thread, she said: “Andrew was represented by experienced, top flight (not to mention expensive) lawyers … Judges will not allow parties ably represented by counsel to welch on deals.

“Andrew himself is a grown man, 61, of sound mind and fully capable of managing his legal affairs. Judges will not allow competent adults to simply tear up settlement agreements.”

In November, Giuffre dropped her lawsuit against former Harvard Law School professor Alan Dershowitz that he was among the men with whom Epstein compelled her to have sex.

In other extracts of the interview included in the Sun article, Maxwell is quoted as saying: “I have no memory of them meeting. And I don’t think that picture is real.

But Maxwell, the former girlfriend of Epstein, added: “I know that Virginia travelled with Jeffrey, and so it’s entirely possible. It wasn’t something so outrageously out of leftfield that it couldn’t have happened.”

In her prison interview, Maxwell also reflects on her fall from grace. She said: “I feel completely divorced from the person that people reference and talk about in all the various newspaper articles and TV shows and podcasts …”

She also suggested she could offer medical help in Ukraine. She is quoted as saying: “I’ve lost everything. But I’m not focused on money. I’m focused on being more helpful to other people, and trying, in what remaining time I have left, to see what I can do to help others.

“Prison is truly one of the most barbaric and terrible experiences any person can undergo. Literally, the only thing that drives me and keeps me sane is the belief I still have something to give. I’m going to pour my energy into helping others I have met who are incarcerated.

“If the war in Ukraine is still going on, I could use my EMT emergency medical technician and paramedic skills and maybe I could go out and help there.”

In further extracts of the interview published by the US network CBS, Maxwell admitted that “meeting Epstein was the greatest mistake of my life”.

Asked if she feels like a victim of Epstein herself, Maxwell said: “I don’t particularly like the word victim. It’s one that should be used very sparingly because, you know, today everybody is a victim of something.”