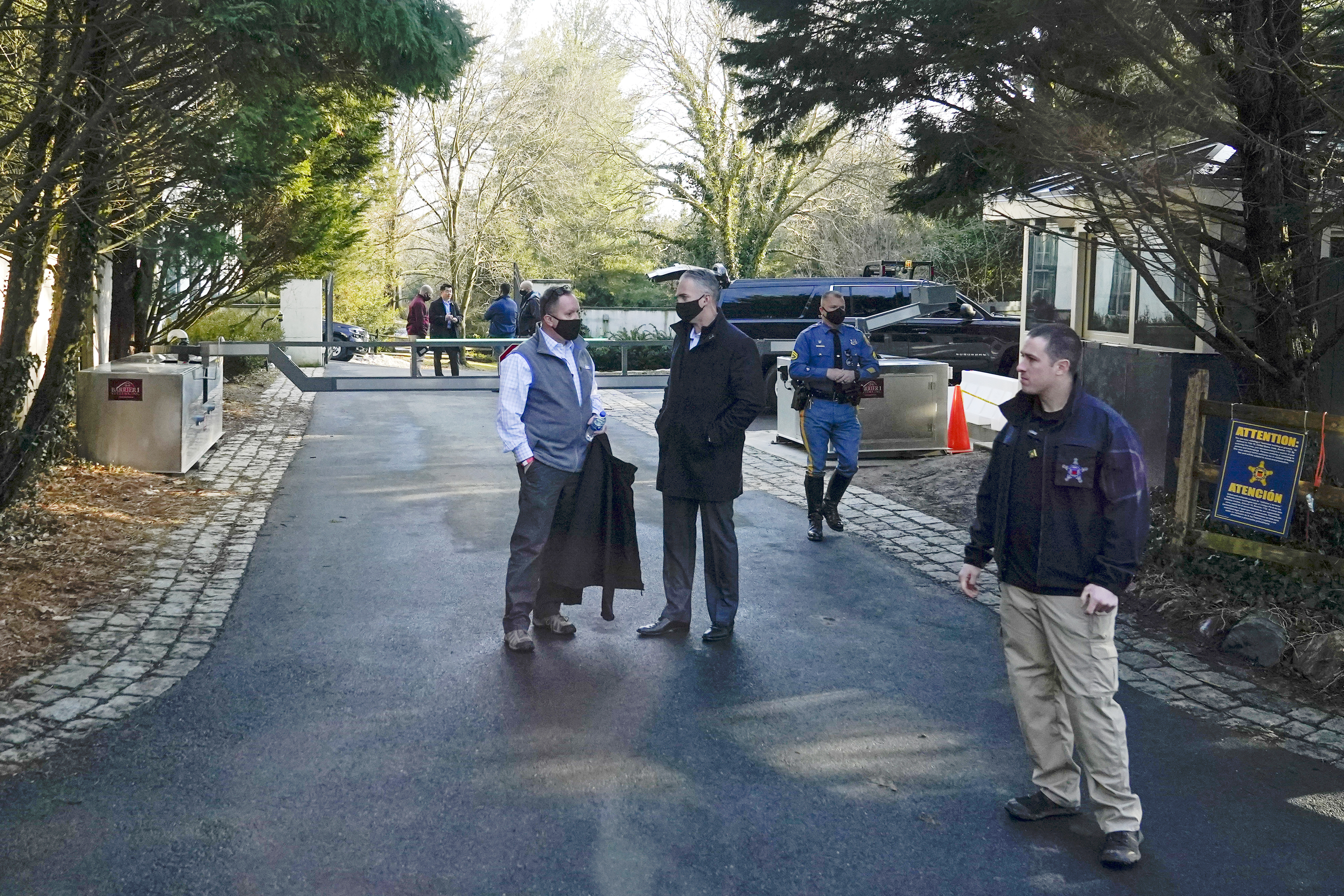 Democrats on Sunday criticized President Joe Biden even as they pushed back on GOP attacks after officials from the Justice Department recovered additional classified items from Biden’s Delaware home.

Sen. Joe Manchin (D-W.Va.), speaking on NBC’s “Meet the Press,” said Biden “should have a lot of regrets” on handling classified documents.

“I would think that. I say, whoever’s responsible — I mean, if I hold people accountable … — whether it be my chief of staff or, you know, my staff that were doing this and I’m looking at — then I’m going to hold someone accountable, but basically, the buck stops with me,” Manchin said.

Another Democrat, Senate Majority Whip Dick Durbin, said he is concerned about the number of documents officials keep finding at Biden’s home.

“Well, I’m concerned; there’s a standard we follow when it comes to members of Congress and classified information,” the Illinois Democrat said. “To think that any of them ended up in boxes in storage one place or the other is just unacceptable.”

But Durbin’s statement was also in line with what other Democrats have said — arguing that no matter how careless or problematic Biden’s handling of classified documents has been, it’s still better than the way former President Donald Trump handled the same type of material after leaving office.

Sen. Chris Coons (D-Del.) downplayed concerns about Biden’s handling of classified documents, adding: “I don’t think this is an issue that is keeping Americans up at night.”

Speaking on ABC’s “This Week,” Coons said that concern over the discovery of additional classified documents at Biden’s residence in Delaware is, more than anything else, distracting the nation from more important issues. Coons noted the search was “consensual,” contrasting it with how Trump pushed back on those seeking to recover classified materials and how Trump has continued to argue that he had the right to possess those documents at his home in Mar-a-Lago, Fla.

Biden’s attorneys discovered a series of classified documents on multiple occasions from November 2022 to January 2023. On Saturday, it was announced that six additional documents marked as classified were found at Biden’s Delaware home after the Justice Department searched for nearly 13 hours.

Those numbers were still better than those for Trump; 77 percent of those polled said they thought the former president acted inappropriately. But the polling was conducted before the announcement of more documents being discovered in Biden’s possession.

“The White House needs to cooperate with the Justice Department,” Gottheimer said. “That’s what they’ve been doing for months. I think as long as the White House does what it should do, which is cooperate fully so we can get to the bottom of this, there’s the appropriate process.”

Biden aides found five additional documents in this president’s Delaware home, the White House announced Jan. 14. They were then turned over to the Justice Department, which had appointed a special counsel to investigate the matter.

On Sunday, Republicans were less forgiving than Democrats on the matter.

Rep. Mike Turner (R-Ohio) called Biden a “serial classified-document hoarder” while insisting that the investigation looks more like a cover-up.

“That is why the special counsel’s work is going to be really important, because I can think of no reason why the President should have taken home, as a senator or as vice president, any classified documents that clearly have no protection. They’re available and open to anybody,” Turner said on CBS’ “Face the Nation.”

Speaking after Coons, Rep. Michael McCaul (R-Texas) wondered why any public official was taking any classified material home and said the fallout could still end up being much larger than anticipated now.

“Watergate started as a very small burglary, and it led to the president of the United States resigning,” said the new chair of the House Foreign Affairs Committee. “So, I don’t know what’s there until we see the documents — if there are national security documents relating to foreign nations adversaries, particularly China.”

“I took the president at his word,” the Kentucky Republican told host Maria Bartiromo, “when the first set of documents were found at the Biden Center for Diplomacy that he had just inadvertently misplaced those documents. But now this has gone from simply being irresponsible to downright scary.”