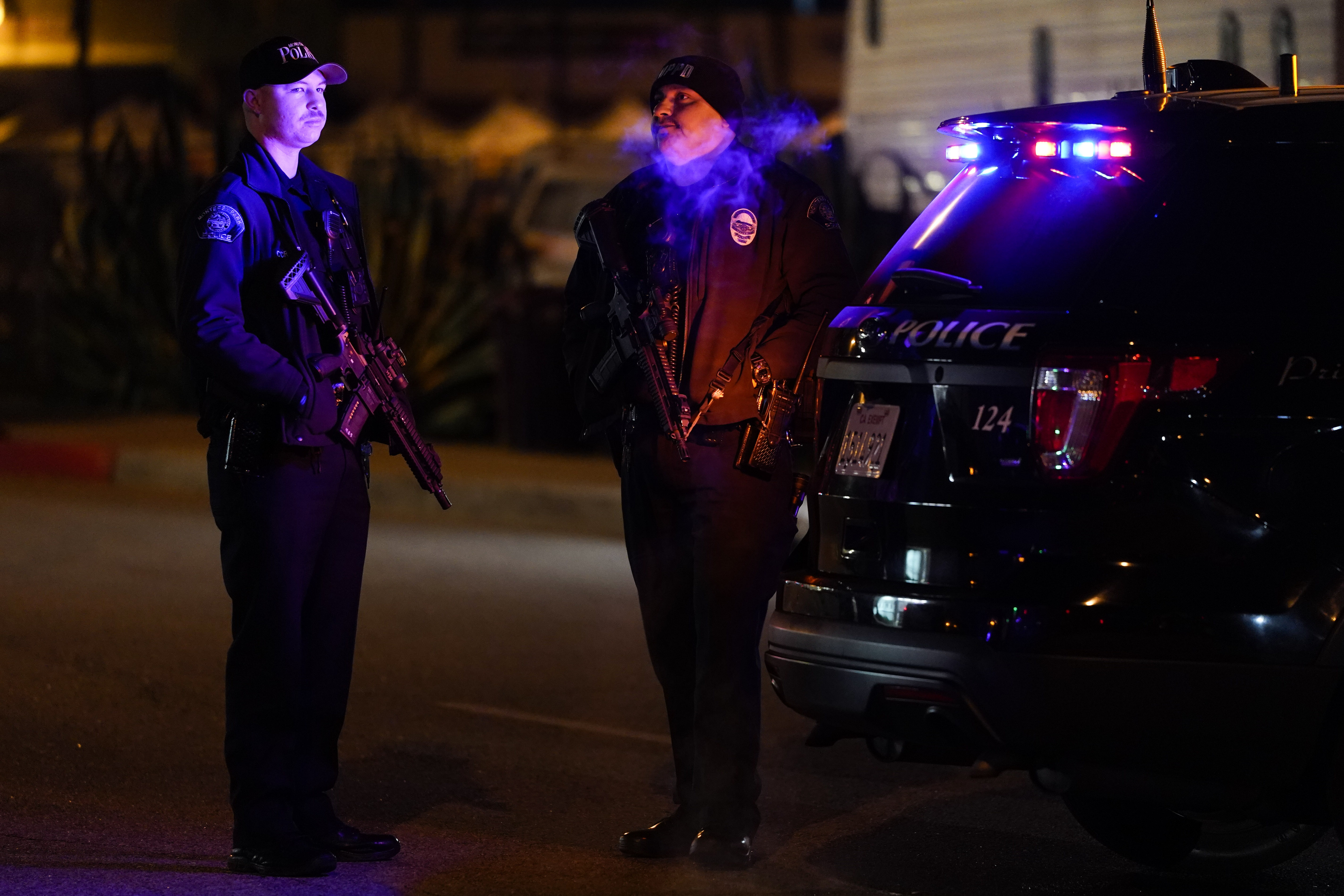 Sgt. Bob Boese of the Los Angeles County Sheriff’s Department said the shooting was reported at 10:22 p.m. and occurred at a business on Garvey Ave. in Monterey Park. The shooter is a male, Boese said early Sunday.

Officials provided no information for several hours after dozens of police officers had responded to reports of the shooting.

Monterey Park is a city of about 60,000 people with a large Asian population that’s about 10 miles from downtown Los Angeles.

Seung Won Choi, who owns the Clam House seafood barbecue restaurant across the street from where the shooting happened, told the Los Angles Times that three people rushed into his business and told him to lock the door.

The people also told Choi that there was a shooter with a machine gun who had multiple rounds of ammunition on him so he could reload. Choi said he believes the shooting took place at a dance club.

Saturday was the start of the two-day festival, which is one of the largest Lunar New Year events in Southern California.