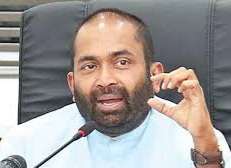 Claiming that the Treasury Secretary submitted an affidavit to the Supreme Court detailing the cash flow management of the government, State Minister of Finance Ranjith Siyambalapitiya said yesterday it was up to the Supreme Court to take a decision on conducting the Local Government election.

He told a news conference at the Government Information Department that the Finance Ministry had no authority to decide on an election and that the Parliament, the Supreme Court or the Elections Commission was authorized to take decisions on that matter.

He said the Finance Ministry submitted an affidavit to the Supreme Court explaining possible financial constraints if an election was held at this juncture, as ordered by the Supreme Court.

Minister Siyambalapitiya said the country was currently facing an acute financial crisis where there was a Rs. 6,662 billion deficit in government revenue in 2023.

He said the estimated state revenue in 2023 is Rs. 3,415 billion whereas the total expenditure including recurrent, capital expenditure and debt instalment and interest is close to Rs. 10,000 billion.

He said the government was not printing money for daily usage and added that money is printed under high financial management principles and added that this move had helped to reduce food inflation to 60 to 70 per cent from 95 per cent where it was earlier.(Ajith Siriwardana)