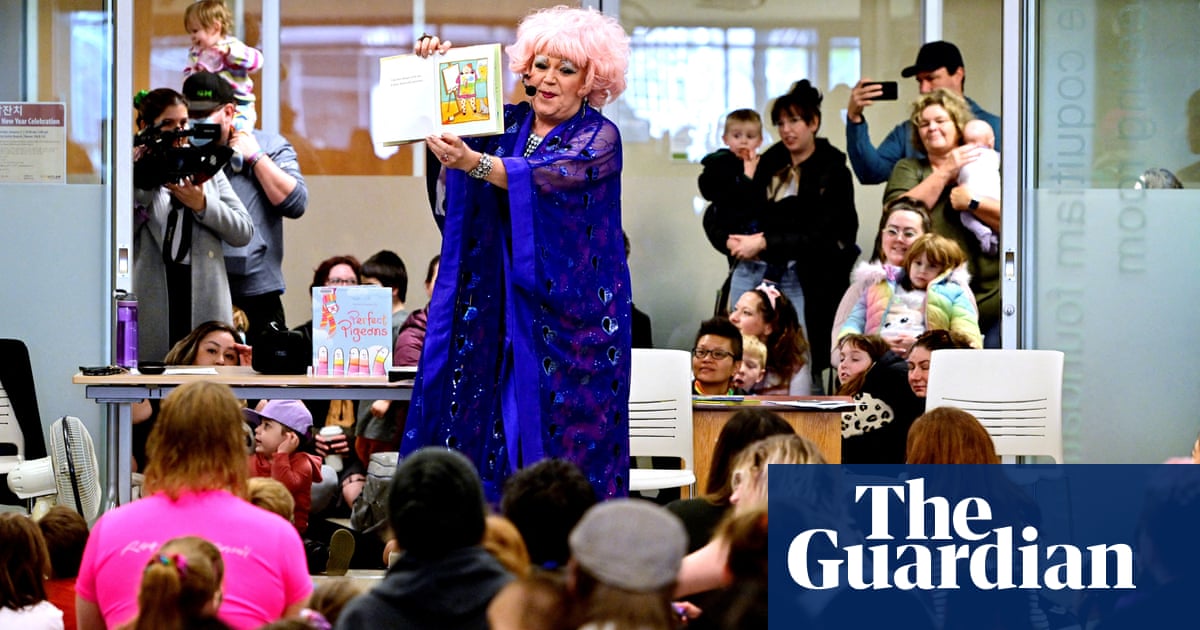 Across the United States Republican politicians are seeking to bring in new laws that crack down on drag shows as part of a broader backlash against LGTBQ+ rights sweeping through rightwing parts of America.

Legislators in at least eight states have introduced legislation aiming to restrict or censor the shows, according to a new report from a leading freedom of speech group. A total of 14 bills have been introduced across Arizona, Arkansas, Missouri, Nebraska, South Carolina, Tennessee, Texas and West Virginia.

Other bills are also being drafted in other states, including in Montana and Idaho.

The introduction of anti-drag legislation, says Pen America, coincides with an increase in political rhetoric about drag performances and drag queen story hours in public libraries, as well as a growing number of recent protests or interruptions of drag events.

It also coincides with a conservative backlash against trans rights and broader gay rights, such as in Florida, which has passed so-called “don’t say gay” legislation that curtails the discussion of LGBTQ+ issues in schools.

It has also been accompanied by protests and violence.

Last weekend, a drag queen story hour event at a public library in Taunton, Massachusetts, was disrupted by masked men. Others outside the library reportedly chanted “NSC-131” – the name of neo-Nazi group – and shouted anti-pedophile slogans until the event ended, according to police reports and a witness.

According to Pen, anti-drag legislation shares the common attribute of classifying drag shows as adult or sexualized in nature. “This part of a broader rise in political rhetoric about drag performances,” said Kate Ruane, director of US free expression programs at Pen America.

“We’ve seen a growing number of protests, and now we’re seeing a policy push to prevent this kind of expression,” Ruane added. “But what these bills say and what they do is very different from the public conversation surrounding them.”

Most of the proposed bills include defining a drag performer as someone performing while using dress, makeup and mannerisms associated with a gender other than the one assigned to them at birth.

“These attacks on drag shows and performers strike at the heart of our rights to gather, read and perform together”, Pen said in a statement. “Drag shows are an exercise of artistic and creative expression that should be free from government suppression.”

Ten bills propose to expand the definition of adult or sexually oriented businesses to include any establishment that hosts drag performances – locations that would then fall under common zoning provisions that prohibit adult businesses from being located in the vicinity of schools or residential areas.

“​So far as I’m aware these drag queen story hours are not part of a school curriculum,” said New York drag performer Lady Bunny. “Parents of schoolchildren who don’t like it don’t have to attend them.”

“It’s not my decision to make because I don’t have kids, but I do like the goal of these drag queen story hours to destigmatize the drag queen, people who are non-binary or trans, at an early age so that we don’t get bashed, murdered or treated poorly,” she said. “And I think that’s healthy.”

A drafted Montana bill would introduce a $5,000 fine to any school, library or employee of a school or library who is found to be in violation of a prohibition on minors attending drag shows.

In Arizona, it would be illegal to hold a drag performance within a quarter mile of a school or public playground and a Nebraska bill would make it illegal to attend a performance until the age of 19. Meanwhile in Texas, four bills would classify venues that host drag shows in the same category as adult movie theaters and strip clubs and in South Carolina, a proposed “defense of children’s innocence act” would make it a felony to allow a minor to view a drag performance.

The freedom of expression group warns that some of the legislation could extend to a woman playing Peter Pan, or high schools performing Twelfth Night or restaging Some Like It Hot. Conversely, Pen warns, they could impact women who wear pants or men who wear kilts.

Ruane said that the potential effects of the legislation may go beyond what their architects intend, but “we can say that they will disproportionately silence the speech of the LBGTQ community and influence the culture of free expression in this country. The way they have drafted these things is going to have an impact far beyond what anyone has imagined or contemplated.”