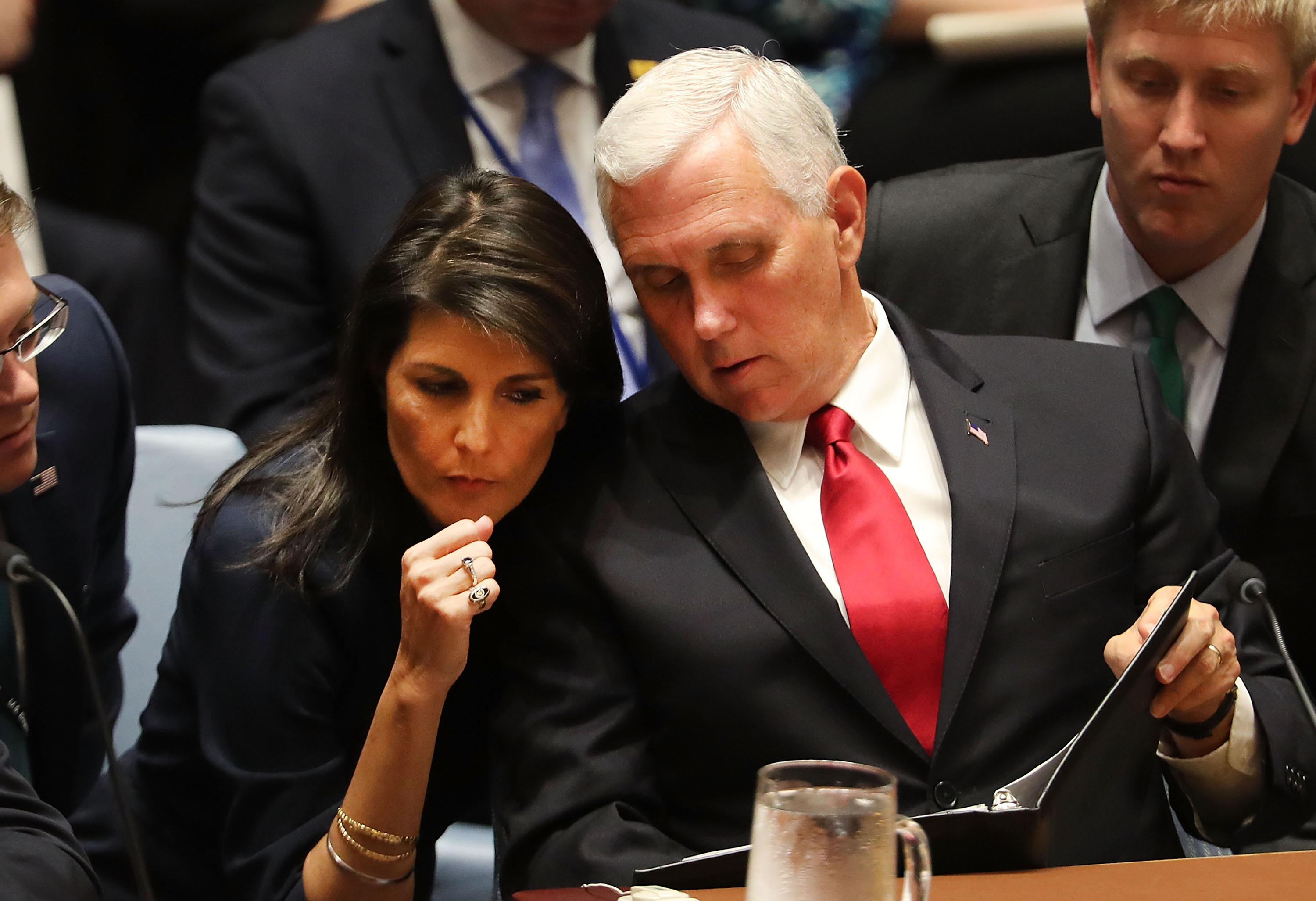 Mike Pence’s political operation has poached a top adviser to Nikki Haley as the two jostle for a position in the looming 2024 GOP presidential contest.

Tim Chapman, who had been serving as the executive director of Haley’s political nonprofit, has departed to join the Pence team. Chapman will be a senior adviser to Pence’s nonprofit, Advancing American Freedom.

While former President Donald Trump is the only major declared candidate in Republicans’ 2024 primary, the move comes as competition in a shadow primary heats up, with Republicans jockeying for top staff and donors ahead of expected campaign announcements. Chapman’s defection is possibly the first instance of a top aide to one likely candidate jumping to another.

“I am grateful for my time working with Nikki Haley and her dedicated team,” Chapman said in a statement. “Advancing American Freedom is one of the fastest growing and increasingly influential conservative groups in the nation, and I am thrilled to join the incredible team that is building AAF as a leader for common sense conservative policies that will help restore America.”

Betsy Ankney, the executive director of Haley’s political action committee, responded in a statement: “Tim Chapman is terrific and we’re happy he found a great spot to continue to advocate for conservative policy ideas.”

Chapman joined the Haley team in early 2020 to establish and oversee Stand for America, which served as a platform to help the former UN ambassador promote her policy agenda ahead of an anticipated 2024 campaign. He has a long history in conservative politics, having been a co-founder of Heritage Action, a conservative political action group, and as chief of staff of its allied nonprofit Heritage Foundation.

Chapman was also a top aide to former South Carolina Sen. Jim DeMint when DeMint established the Senate Conservatives Fund, an organization that backed Senate candidates who often ran to the right of more establishment-aligned contenders in key races.

Chapman’s relationship with Pence dates back to the early 2000s, when Chapman was at the Heritage Foundation and Pence was an Indiana congressman, according to a person close to both of them.

What role Chapman would potentially play in a Pence campaign is unclear. In a statement, the former vice president called Chapman “one of the brightest stars in the conservative movement, and we are so thrilled he’s joining the team to advance the cause of American culture, American opportunity, and American leadership.”

The staff poaching represents the latest turn in a long-simmering rivalry between the Pence and Haley camps. During the 2020 campaign, Pence’s advisers blamed Haley for rumors that she would replace Pence on the ticket. In a forthcoming memoir, former Secretary of State Mike Pompeo asserts that Haley was privately jockeying to push out Pence, though Haley has insisted the claims are “lies and gossip.”

Further complicating the dynamic between Pence and Haley is the long-term overlap between key parts of their teams. Nick Ayers, a Georgia-based political operative, served for a time as Pence’s White House chief of staff and has also advised Haley. Jon Lerner, a longtime Republican pollster, served as an adviser to both Haley and Pence during the Trump administration. Lerner has also been working for Haley as she prepares for the presidential race.

Now, the two appear to be on a collision course. Pence has been on a media tour promoting his newly released memoir, “So Help Me God,” and he has begun building out his political operation.

Haley, meanwhile, teased a potential campaign theme during a Thursday appearance on Fox News. “I think we need a young generation to come in, step up and really start fixing things,” she said. “Can I be that leader? Yes, I think I can be that leader.”