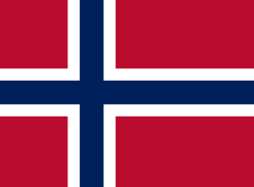 The Norwegian government has decided to open an independent investigation into international adoptions to Norway, the Minister for Children and Families Kjersti Toppe has stated on January 20, a Norwegian newspaper VG reported.

The committee that is to be set up will go through historical adoptions from all relevant countries including Sri Lanka, going back in time and up to the present day.

In 2017 in a Dutch documentary, Sri Lankan authorities had admitted that thousands of Sri Lankan babies born in the country were fraudulently sold for adoption abroad in the 1980s.

Up to 11,000 children may have been sold to European families, with both parties being given fake documents.

“If there have been illegalities, this will come to light. It is important to get the truth out, and we have to see if there are risks with more recent adoptions as well,” Norwegian Minister Toppe said.

She also added that “the investigation must be thorough, so that we have security for just such questions. After all, they can base themselves somewhat on other countries' investigations, which give an indication of where the risk is great and where corruption and false documents have been uncovered.One cannot give an absolute guarantee, but some countries seem to have more risk than others. Then we must not adopt from there. Such recommendations can also be made by an external investigation.”

Meanwhile, the organization Romanticized Immigration led by a Norwegian adopted as a baby from Sri Lanka Priyangika Samanthie had asked for an examination of the adoption field in October 2021.

The General Manager of the organisation, Samanthie emphasized that the independent investigation commission must have the necessary expertise. Her organization’s main task is to secure the documents of adoptees in international adoptions. (Piyumi Fonseka)