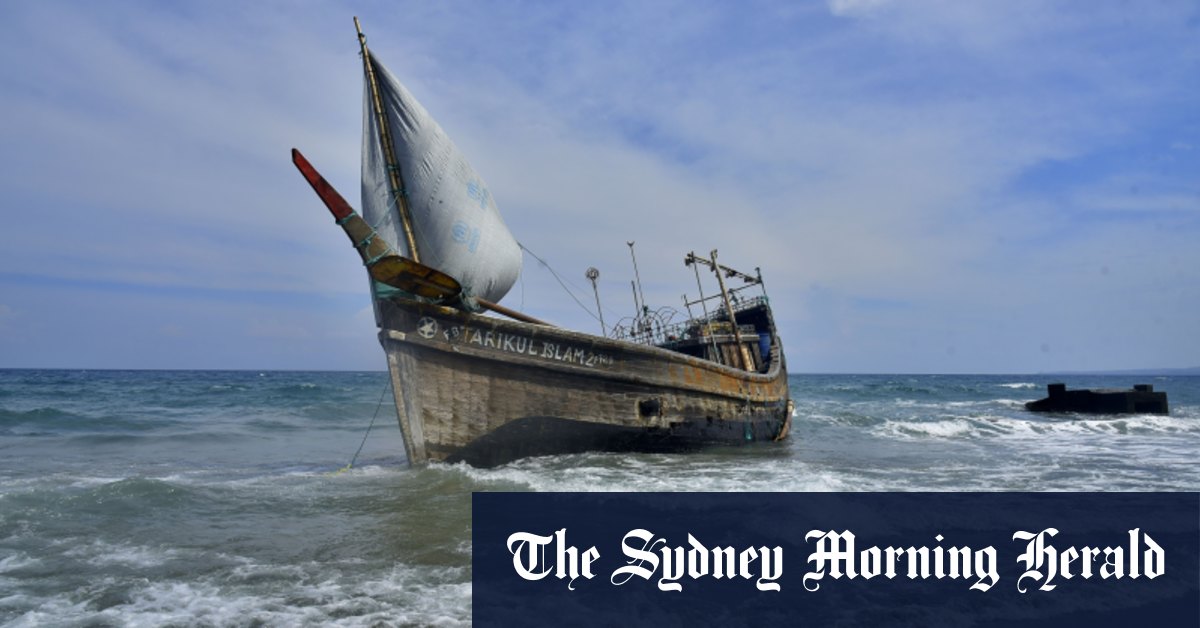 When there was a refugee crisis to the country’s north in the past, most of the time Australian governments saw it as their problem.

This is because many of the refugees were trying to get to Australia. Through a brutal combination of turnbacks and offshore detention centres, Australia stopped the boats and asylum seekers haven’t been a domestic political issue for the past three election cycles.

There is, again, a refugee crisis brewing on the high seas to Australia’s north, but it hasn’t been getting the same attention as those in the past.

Over the past two months 15 boats have left or attempted to leave Myanmar and Bangladesh, and it is believed hundreds of Rohingya Muslims, originally from Myanmar, have either drowned or died of starvation.

At least 348 individuals died or went missing in the Bay of Bengal and Andaman Sea in 2022, making it the deadliest year since 2014. United Nations agencies and refugee advocates fear this year will be even worse unless urgent action is taken.

Unlike other cohorts of refugees in the past, most of the Rohingyas are not trying to get to Australia.

“People seeking protection from the crisis in Myanmar are primarily travelling by land and sea to South-East Asian countries like Malaysia and Indonesia, and Australia is not usually an intended destination,” says Caitlin McCaffrie, the international lead for the Centre for Policy Development.

But just because Australia isn’t the pull factor it once was, McCaffrie says Canberra still has a major role to play as the co-chair of the anti-people smuggling forum known as the Bali Process.

As members of the Bali Process meet for the first time in five years next month, the United Nations High Commissioner for Refugees is calling on them to activate emergency mechanisms including search and rescue missions to respond to the crisis.

The Bali Process, the brainchild of the Howard government and set up in 2002 to combat people smuggling, has 49 members and is co-chaired by Australia and Indonesia.

The forum’s emergency consultation mechanism, which immediately triggers high-level discussions, was created after the members accepted they failed to adequately respond to the 2015 refugee crisis in the Bay of Bengal when about 300 Bangladeshis and Rohingyas from Myanmar died at sea.

Then-foreign minister Julie Bishop said the change was needed because there was previously no way for the Bali Process to urgently bring members together. It was triggered for the first time in 2017 to deal with the migration crisis in the Myanmar-Bangladesh border region, but it has not been used since.

Asked why it was not triggering the emergency mechanisms created in 2016, a spokesperson for the Department of Foreign Affairs and Trade said Australia and Indonesia “closely engage the region on people smuggling issues as co-chairs of the Bali Process”.

“Australia continues to advocate for a durable solution to the displacement of Rohingya, including with ASEAN partners, multilateral institutions and other organisations,” the spokesperson said.

Paris Aristotle, an adviser to both sides of politics on refugee issues for more than two decades, says it is frustrating that Australia hasn’t learnt the lessons of the past.

“It’s perplexing to me as to why we’re not utilising those processes – given Australian officials played a pivotal role in getting them established,” he says.

“Rohingya people, who would have to be among the most persecuted groups in the world, are in such desperate circumstances that they are compelled to risk their lives in a desperate search for safety.

“I have no idea why we’re not taking a more active role in utilising mechanisms within the Bali process that were established for responding to crises such as the one we have been witnessing, yet again, involving Rohingya refugees in our region.”

In November Foreign Minister Penny Wong announced Australia would commit an extra $135 million contribution in 2022-23 towards the humanitarian response in Myanmar and Bangladesh.

But Aristotle says Australia can’t just help by just giving money to other countries – it has to be prepared to do the heavy lifting by taking more refugees. The Labor government has a commitment to raising Australia’s current annual refugee intake of 13,750 to 27,000 “over time”, but hasn’t said when that will begin.

After three years of the pandemic and the turnback policy which stopped the boats, Aristotle says there is a sense of complacency in Australia about the humanitarian needs of refugees and asylum seekers in the region. But he says the ongoing plight of people in Afghanistan and Myanmar, and the unfolding situation in Iran, meant that the problem was likely to get worse.

Bangladesh’s refugee camps in Cox’s Bazar are home to more than a million Rohingyas who have fled violence and systematic attacks and persecution for years.

“The issues driving forced displacement have not gone away and Australia should be making a much greater contribution towards building the regional arrangements needed to manage these challenges better – continuing to ignore them is naïve and dangerous,” Aristotle says.

“The longer we wait, the more the crisis will develop and the greater the pressure becomes.”