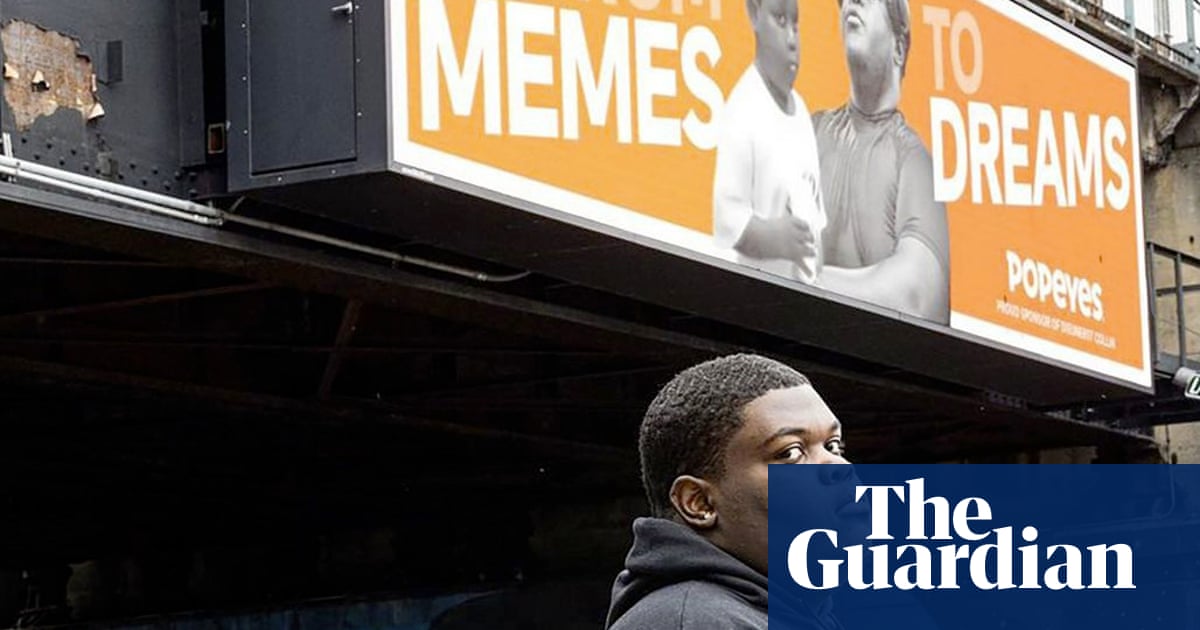 A decade has passed, but at last the star of the internet meme showing a boy glancing sideways in confusion with a cup in his hand while standing in line at a Popeyes is capitalizing on his viral fame.

Dieunerst Collin, an 18-year-old player for the football team at Lake Erie College in Painesville, Ohio, can finally cash in on his online fame thanks to a change in policy from an organization which governs collegiate sports in the US that in 2021 enabled student athletes to earn money from sponsorship opportunities.

“The moment that made us a meme – we didn’t ask for it,” Collin said in a social media video that Popeyes posted last week announcing that the fast-food chain had signed him to a deal that would feature him on billboards and other advertisements. “But don’t worry little man, we didn’t let it stop us.”

Collin became internet famous when he was nine and went to Popeyes to pick up a family pack of chicken, biscuits and fries in Irvington, New Jersey. A stranger who believed Collin resembled a boy who was known on social media at the time for his dance moves pulled out his phone and started recording him while he stood in line holding a cup of lemonade.

Baffled as to why the stranger was recording him, Collin shot over a sideways look. The stranger then published the clip on Vine, the defunct video-sharing application. It went viral and has been used countless times on social media, typically paired with captions declaring discomfort or obfuscation.

Collin’s family initially resented the viral image. They tried to get it scrubbed from the internet, and he was annoyed people would call him by the name of the dancing boy whom the stranger thought Collin looked like.

“I just never thought it would get that big,” Collin said, according to a CNN report published on Friday.

“I just wanna talk business,” Collin wrote, his appeal to Popeyes being boosted by other prominent social media users.

By 12 January, Popeyes signed Collins to one of the so-called name, image and likeness (NIL) deals that the NCAA legalized less than two years ago.

“From memes to dreams, Dieunerst and Popeyes will grace social media feeds once again,” said a statement from Popeyes about the endorsement deal.

Collin, who dreams of playing pro football and becoming a sports analyst, has declined to discuss the terms of his deal with Popeyes.

But Popeyes has now put up a billboard with pictures of him then – in line all those years ago – and now in his home town of East Orange, New Jersey. The chain has urged followers to “keep an eye out for other fun [Collin] content”.

Collin told CNN he is – if nothing else – proof of one truism: “A lot can happen with the power of the internet behind you.”