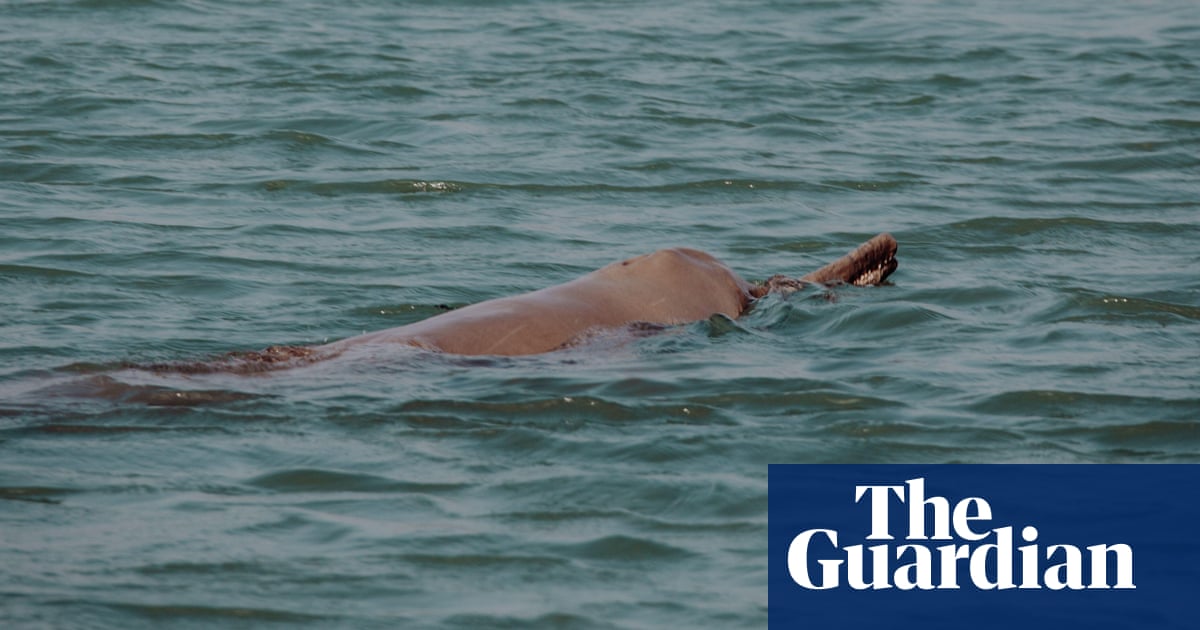 Dolphins have been spotted frolicking in New York City’s Bronx River, an encouraging sign of the improving health of a waterway that was for many years befouled as a sewer for industrial waste.

A pair of dolphins was seen gliding through the river’s waters on Monday, the New York City parks department confirmed, near a small park in the city’s Bronx borough. The Bronx river rises north of New York City and cuts through the Bronx before terminating in the East River, the estuary that separates the Bronx and Manhattan from the boroughs of Queens and Brooklyn.

“It’s true – dolphins were spotted in the Bronx River this week!,” the parks department gleefully tweeted. “This is great news – it shows that the decades-long effort to restore the river as a healthy habitat is working. We believe these dolphins naturally found their way to the river in search of fish.”

Dolphins have not been seen in the river for several years, but there has been an increase in sightings of the marine mammals in the waters around New York as the industrial pollution that blighted the region has eased.

Scientists previously set up underwater microphones at aquatic locations around New York to listen for the distinctive clicking noises emitted by bottlenose dolphins and found that they are particularly active in the harbor that separates New York and New Jersey. A pair of dolphins were seen in the waters off Brooklyn last year, surprising onlookers.

The Bronx River suffered for many years as it became a natural dumping ground for waste running from nearby industrial plants. In recent decades, however, industrial activity near the river has declined and municipalities have agreed to not push sewage into the waterway. City authorities stock the Bronx river with fish, too, a lure to dolphins, who eat 20lbs of fish a day.

“We’ve come a long way across multiple decades of environmental improvement, water quality cleaning, better environmental stewardship, better relations, all of which helps the overall environment and then leads to recovery of these systems,” said Howard Rosenbaum, a dolphin expert at the Wildlife Conservation Society.

“I think it’s just great that these things are happening and hopefully the overall environmental recovery for these urban waterways continues, and we continue to see marine wildlife – their habitats, their prey – flourish.”