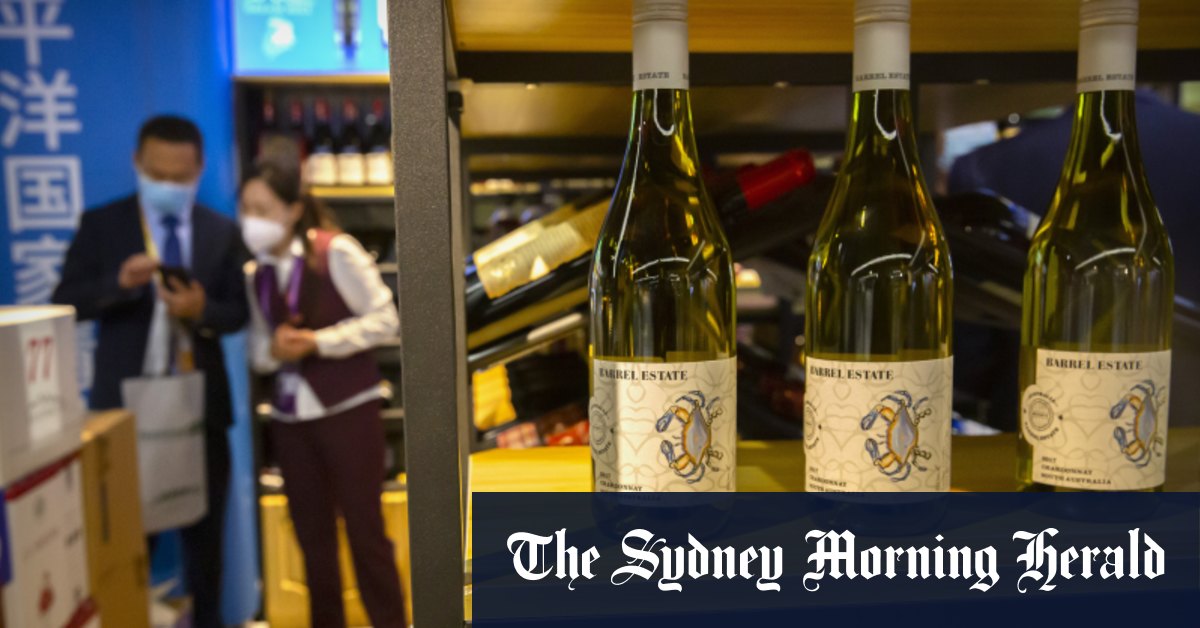 The federal government hopes the virtual meeting will quickly be followed by an invitation to Farrell to travel to China to meet with Chinese counterpart Wang Wentao for the first in-person talks of their kind since December 2019.

Soon after that meeting, the already tense bilateral relations between the countries nosedived and China cut off all high-level diplomatic contact with Australia.

Farrell’s virtual meeting was agreed to during a 45-minute exchange between Assistant Trade Minister Tim Ayres and China’s Vice Minister of Commerce Wang Shouwen on the sidelines of the World Economic Forum in Davos, Switzerland.

Farrell said: “I made it very clear right from the day I took over this job seven months ago, that we would much prefer to sort this out with China through dialogue and discussion, rather than arbitration through the World Trade Organisation on Friday. I look forward to discussing this with my colleague in China as soon as practicable.”

Chinese state news agency Xinhua reported that a video meeting between the two trade ministers would take place “in the near future”.

Farrell’s virtual meeting will follow a breakthrough November meeting between Prime Minister Anthony Albanese and Chinese President Xi Jinping in Bali and a December meeting in Beijing between Foreign Minister Penny Wong and her Chinese counterpart.

“It’s really positive to see a continuation of dialogue,” he said.

“This is the next logical step in the normalisation and stabilisation of the relationship and we hope it provides an opportunity to work through the issue of import duties on Australian wine.”

In March 2021, China slapped duties of between 116 per cent and 218 per cent on Australian wines in containers of up to two litres, causing exports to China to plummet.

China had accounted for almost 40 per cent of Australian wine exports, making it the nation’s biggest overseas market.

The decision led Australia to lodge a complaint with the World Trade Organisation, which is currently investigating the issue.

McLean says Australian winemakers were facing a crunch point because they had planted grapes several years ago with an expectation of bigger export opportunities than they currently enjoy.

“A lot of wine is sitting in tanks and barrels around the country,” he said. “It’s really important to get the relationship with China going again.”