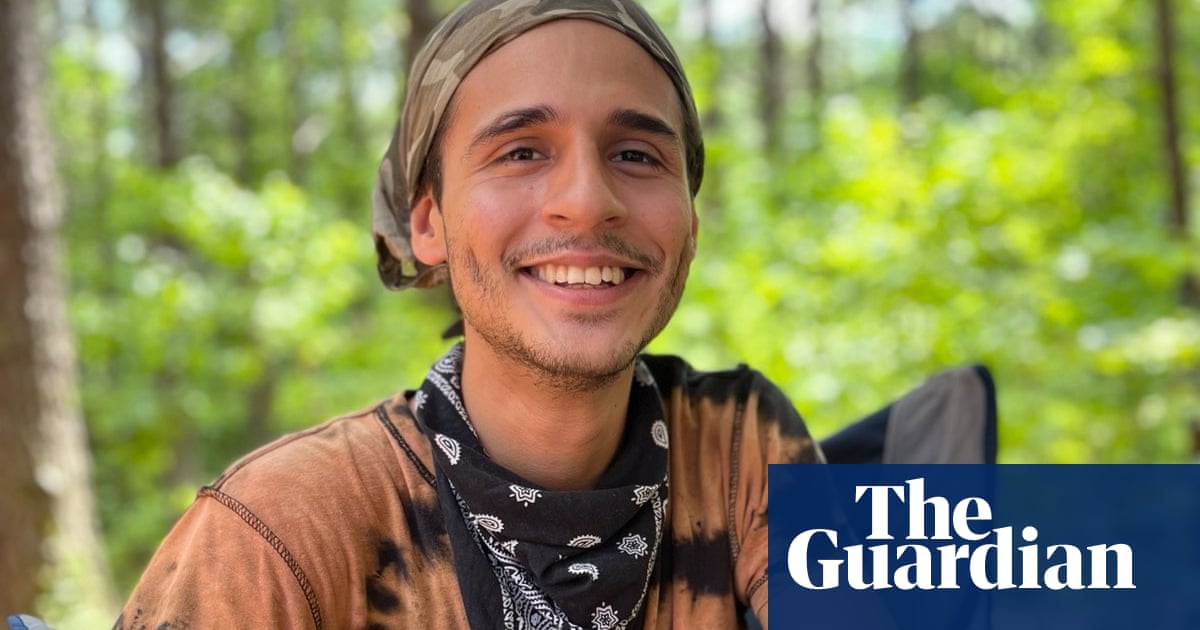 Belkis Terán spoke with her son, Manuel, nearly every day by WhatsApp from her home in Panama City, Panama. She also had names and numbers for some of Manuel’s friends, in case she didn’t hear from the 26-year-old who was protesting “Cop City”, a planned gigantic training facility being built in a wooded area near Atlanta, Georgia.

So by midweek, when she hadn’t received a message from Atlanta since Monday, she began to worry. Thursday around noon, a friend of Manuel’s – whose chosen name was “Tortuguita,” or “Little Turtle” – messaged her with condolences. “I’m so sorry,” they wrote. “For what?” she asked.

Terán wound up discovering that on Wednesday around 9.04am, an as-yet unnamed officer or officers had shot and killed her son. The shooting occurred in an operation involving dozens of officers from Atlanta police, Dekalb county police, Georgia state patrol, the Georgia bureau of investigation and the FBI.

The killing has stunned and shocked not only Tortuguita’s family and friends, but also the environmental and social justice movement in Georgia and across the United States. Circumstances surrounding the incident are still unclear and there are demands for a thorough investigation into the killing and how it could have happened.

The police apparently found Manuel in a tent in the South River forest south-east of Atlanta, taking part in a protest now in its second year, against plans to build a $90m police and fire department training facility on the land and, separately, a film studio.

Officials say Manuel shot first at a state trooper “without warning” and an officer or officers returned fire, but they have produced no evidence for the claim. The trooper was described as stable and in hospital Thursday.

The shooting is “unprecedented” in the history of US environmental activism, according to experts.

The GBI, which operates under Republican governor Brian Kemp’s orders, has released scant information and on Thursday night told the Guardian no body-cam footage of the shooting exists. At least a half-dozen other protesters who were in the forest at the time have communicated to other activists that one, single series of shots could be heard. They believe the state trooper could have been shot by another officer, or by his own firearm.

Meanwhile, both Terán and local activists are looking into legal action, and Manuel’s mother told the Guardian: “I will go to the US to defend Manuel’s memory … I’m convinced that he was assassinated in cold blood.”

The incident was the latest in a ramping-up of law enforcement raids on the forest in recent months.

Protests had begun in late 2021, after the then Atlanta mayor, Keisha Lance Bottoms, announced plans for the training center. The forest had been named in city plans four years earlier as a key part of efforts to maintain Atlanta’s renowned tree canopy as a buffer against global warming, and to create what would have been the metro area’s largest park.

Most of the residents in neighborhoods around the forest are Black and municipal planning has neglected the area for decades. The plans to preserve the forest and make it a historic public amenity were adopted in 2017 as part of Atlanta’s city charter, or constitution. But the Atlanta city council wound up approving the training center anyway, and a movement to “Stop Cop City” began in response.

A series of editorials and news stories lambasting the activists began in the Atlanta Journal-Constitution, the area’s largest daily paper. At least a dozen articles in the last year-plus failed to mention that Alex Taylor, CEO of the paper’s owner, Cox Enterprises, was also raising funds on behalf of the Atlanta police foundation, the main agency behind the training center.

At some point, Kemp and other civic leaders began referring to the protesters as “terrorists”, in response to acts of vandalism such as burning construction vehicles or spray-painting corporate offices linked to the project.

In an interview with this reporter last fall, Tortuguita was discussing how some Muscogee (Creek) people interested in protecting the forest as well felt that leaving a burnt vehicle at one of its entrances was not a good idea, and was an alienating presence in nature. The activist seemed understanding of both sides and critical of violence.

“Some of us [forest defenders] are rowdy gringos,” Tortuguita said. “They’re just against the state. Still, I don’t know how you can connect to anything if that’s your entire political analysis.”

Police raids on the forest intensified until 14 December, when a half-dozen “forest defenders” were arrested and charged with “domestic terrorism” under state law – another unprecedented development in US environmental activism, said Lauren Regan, founder of the Civil Liberties Defense Center, who has a quarter-century’s experience defending environmental protestors charged with federal terrorism sentencing enhancements and others.

Seven more activists were arrested and received the same charges the day Manuel was killed.

Regan and Keith Woodhouse, professor of history at Northwestern University and author of The Ecocentrists: A History of Radical Environmentalism, both said there has never been a case where law enforcement has shot and killed an environmental activist engaged in an attempt to protect a forest from being razed and developed.

“Killings of environmental activists by the state are depressingly common in other countries, like Brazil, Honduras, Nigeria,” said Woodhouse. “But this has never happened in the US.”

Manuel’s older brother, Daniel Esteban Paez, found himself in the middle of this unfortunate historical moment Thursday. “They killed my sibling,” he said on answering the phone. “I’m in a whole new world now.”

Paez, 31, was the only family member to speak extensively with GBI officials, after calling them Thursday in an attempt to get answers about what had happened. No one representing Georgia law enforcement had reached out to Belkis by Thursday afternoon. “I quickly found out, they’re not investigating the death of Manuel – they’re investigating Manuel,” Paez said.

A navy veteran, Paez said the GBI official asked him such questions as “Does Manuel often carry weapons?” and “Has Manuel done protesting in the past?”

The family is Venezuelan in origin, but now lives in the US and Panama, Paez said. Less than 24 hours into discovering the death of his sibling, Paez also said he “had no idea Manuel was so well-regarded and loved by so many”. He was referring to events and messages ranging from an Atlanta candlelight vigil Wednesday night to messages of solidarity being sent on social media from across the US and world.

Belkis Terán, meanwhile, is trying to get an emergency appointment at the US Embassy in Panama to renew her tourist visa, which expired in November. “I’m going to clear Manuel’s name. They killed him … like they tear down trees in the forest – a forest Manuel loved with passion.”