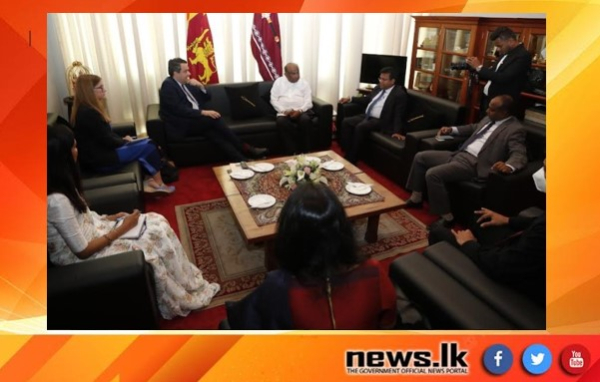 The Secretary General of the Commonwealth Parliamentary Association, (CPA) Mr. Stephen Twigg visited Parliament and met with the Hon. Speaker and other high officials for cordial discussions last Friday (13) in Parliament.

The Secretary General of the Commonwealth Parliamentary Association during his visit to Parliament also met with Hon. (Dr.) Susil Premajayantha, Minister of Education and Leader of the House of Parliament. A separate discussion was also held with Member of Parliament Hon. Yadamini Gunawardena and State Minister Hon. (Dr.) Suren Raghavan.