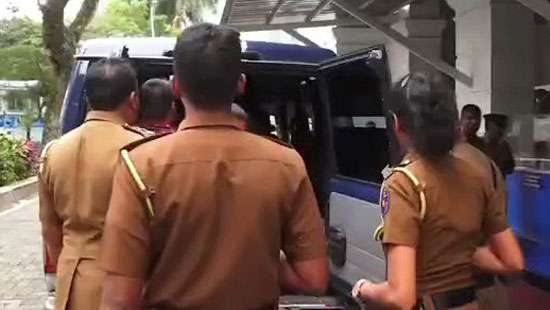 The university student arrested for allegedly murdering his girlfriend with a sharp weapon at Race Course grounds in Colombo was today ordered to be remanded till January 30 after being produced before Colombo Chief Magistrate's Court.

Producing the suspect before Colombo Chief Magistrate Prasanna Alwis,  the Cinnamon Gardens Police filed a report regarding the ongoing investigations into the incident.

The defence counsel who appeared on behalf of the suspect told court that his client is suffering from a mental illness and sought an order directing the Prison Authorities to produce him before a psychiatrist. Accordingly, the suspect was ordered to be produced before a medical officer at National Institute of Mental Health. (Lakmal Sooriyagoda)