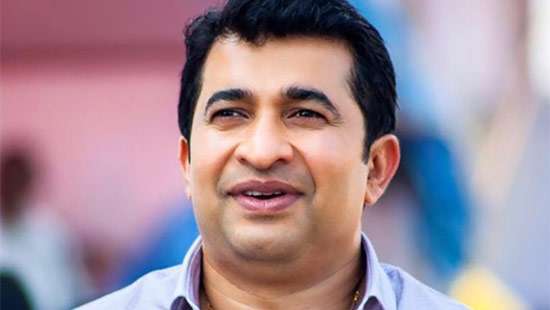 Sports Minister Roshan Ranasinghe said he would take appropriate action after studying the report submitted by the committee appointed to probe allegations related to the Sri Lankan cricket team that represented the T20 World Cup in Australia.

The report of the committee chaired by retired High Court Judge Kusala Sarojani Weerawardena was handed over to the Sports Minister last Tuesday.

The committee in its report has recommended a full-scale forensic audit over the expenditure incurred in travelling to Australia.

In the report, the committee covers the incident in connection with Danushka Gunathilaka’s arrest on charges of sexual assault, Chamika Karunaratne’s disciplinary breach, the impact of the ‘Born again’ religious group on the national cricket team, and matters linked to financial irregularities among other matters. The Committee has also presented a series of recommendations pertaining to the areas that have been investigated.

With regards to Danushka Gunathilaka’s arrest, the committee concluded that despite the defamed former Sri Lankan batter/all-rounder claiming that the encounter with an Australian woman was consensual, his conduct was unbecoming of a national player on tour, and any punishment handed out should be one that strongly impresses on all players the importance of maintaining due discipline on tour.

On Chamika Karunaratne’s reprimands for leaving unattended lamps lit in his hotel room, and being involved in a confrontation with an individual at a casino, the Committee advised against any further disciplinary action in addition to the suspended sentence and fine already imposed by SLC.

The report confirmed that a number of persons in and around the Sri Lankan cricket team identified as followers of the ‘Born again’ religious group, but did not go as far as stating that the religious sect had any direct influence on the Sri Lankan team

The sports minister said he needs to study the report very carefully by himself. “It is a lengthy report and any  appropriate action which would be taken once the report was studied thoroughly,” minister Ranasinghe said. (Darshana Sanjeewa Balasuriya)