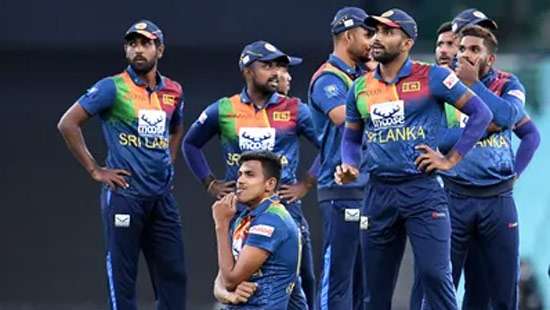 The Sri Lankan team has made it to the bizarre list of most losses in ODI by a team, being at the top. The Island nation has played 880 matches so far and lost 437 games.

The winning percentage of this small country is 47.74. From 1990-2011, this team used to rule in the One Day Internationals, but after the retirement of Lankan greats like Sanath Jayasuriya, Mahela Jayawardene, and Kumar Sangakkara, the team lost its dignity in ODIs. They are yet to find match-winners, who can rescue them from this drastic phase. Sri Lanka won their only World Cup title in 1996 under Arjuna Ranatunga’s leadership.

Indian cricket team comes at the 2nd position in the list with 436 losses in 1022 games. Being in 2nd place on the list of most losses in ODI, the country of 1.5 billion has won 534 matches also, which is the 2nd highest by any country. More or less, India has always been at its best in the 50-over format, especially after 2000. India has won 3 ICC Trophies- the 2002 Champions Trophy under Sourav Ganguly’s captaincy and the 2011 World Cup & 2013 Championship under MS Dhoni’s guidance. Lately, India has proved itself in every 50 over ICC events but has not worn the crown since 2013, according to the skyblogs.

One of the Most cricket-loving countries in the world, the Pakistan cricket team is standing 3rd on the chart of most losses in ODI cricket. The Green Army has faced 419 losses in ODI in 947 games and registered 499 victories with a winning percentage of 54.31. Nowadays, Pakistan is not playing like it used to play in the 1990s. The implementation of this team has declined since 2015, it is lacking players with the right mindset and attitude. In the 20th century, Pakistan has registered only one ICC event in its name- the 2017 Champions Trophy.

The West Indies cricket team has lost the 4th most number of matches in ODI cricket, 402 times in 852 matches. The Caribbean team has 409 victories with a winning percentage of 50.48. Cricket fans definitely miss the vintage West Indies team, which won the Cricket World Cup two consecutive times in 1975 and 1979. That team had champions like Sir Vivian Richards, Clive Lloyd, and Andy Roberts. But at the same time, if you talk about the current West Indies side it has lost its charm in almost all formats of the game. Probably due to the poor technique. 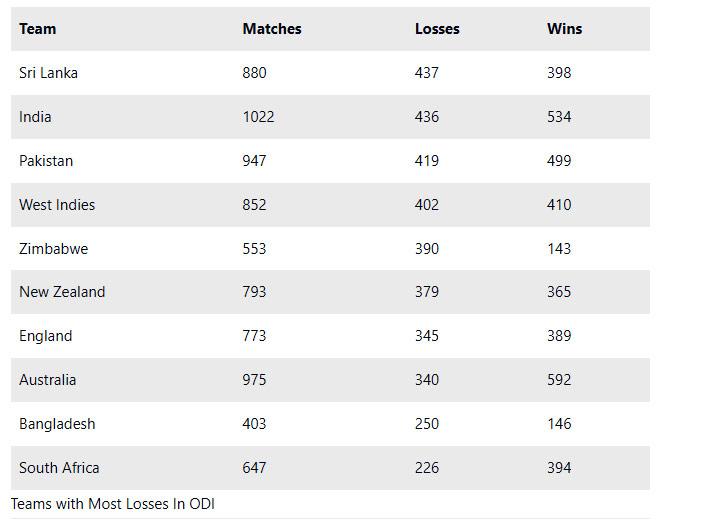