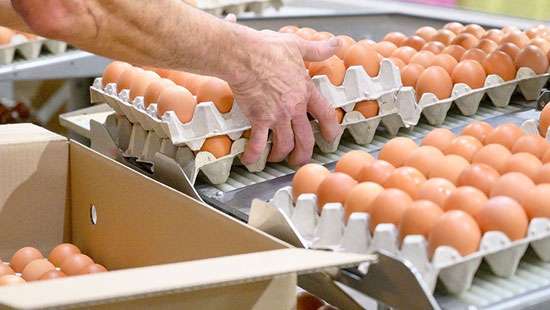 The government’s move to import eggs will be an utter failure and will be a waste of foreign exchange as the present shortage of eggs will be rectified in two months, the All Island Egg Producers Association (AIEPA) said today. Sources within the industry also alleged that the decision to import eggs was done with ulterior motives best known to those in charge.

AIEPA Treasurer Wijeya Alwis told the Daily Mirror that a similar decision to import eggs was implemented by former Trade Minister Johnston Fernando back in 2010 where he imported 20 million eggs and a further 3 million eggs was imported as the second consignment without consulting local egg producers.

This time, Trade Minister Nalin Bandara has also taken a similar decision to import eggs from India and the distribution will be handed over to the private sector as well as Lanka Sathosa.

Bandara told reporters earlier this week that this decision was taken as a solution to address the high prices of eggs.

However Alwis said that such a move would be a huge risk for poultry farming due to the risk of bird flu and this disease would also spread among animal farms. Alwis also alleged that the Trade Minister Was attempting to import eggs weighing at least 30 or 40 grams for Rs. 45 each but its quality could not be assured. “The eggs are being delivered to the country in deep refrigerators.The eggs can be kept for a maximum of three days after being extracted. Our local eggs, on the other hand, have a maximum weight of 55 grams and are very healthy,” Alwis said.

He further said the local egg producers were restoring the industry and the egg shortage and poultry farming would be resolved by March or April.

“During the recent Christmas season, the bakeries used 3 million eggs for their productions due to suspending the egg essence. However, currently the demand from bakeries is less, which has resulted in an increase in egg distribution. Currently we are selling an egg for Rs. 53, and by next week we will be selling an egg for a maximum of Rs. 50 in the retail market,” he said.

The Association further alleged that egg producers did not increase the prices, but it was the middlemen and sellers who created an artificial shortage in the country. (Chaturanga Pradeep Samarawickrama)