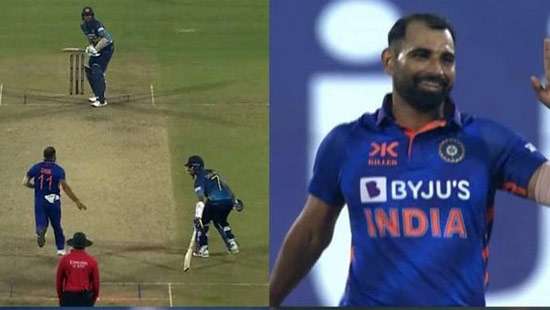 India captain Rohit Sharma on Tuesday said he did not want Sri Lanka skipper Dasun Shanaka ‘Mankaded’ after the batter had backed up too far on way to a gallant hundred in the first ODI here on Tuesday.

Riding Virat Kohli’s 73rd international hundred and half-centuries from Rohit and Shubman Gill, India posted an imposing 373 for seven after being asked to bat first.

Sri Lanka were never in the hunt after losing half their side for 161, but Shanaka (108 not out off 88 balls) stood tall amid the ruins with his fighting knock.

However, he wouldn’t have reached the landmark had it not been for Rohit’s intervention. He withdrew an appeal for run out at the non-striker’s end by Mohammed Shami after the batter had left the crease, giving Shanaka an opportunity to complete his century.

“I had no idea Shami did that (run-out), he (Shanaka) was batting on 98. The way he batted was brilliant, we cannot get him out like that. Not something that we thought off, hats off to him, he played really well,” Rohit said at the post-match presentation ceremony.

After the batters’ fine performances, speed merchants Umran Malik (3/57) and Mohammed Siraj (2/30) put the icing on the cake in a lopsided game, though Rohit said India could have bowled better as a team.

“We started off really well and to get that total was a great effort from all the batters. The platform was set to come out and play freely. I thought we could’ve bowled slightly better, but don’t want to be too critical of it although the dew was not so much.

“We bowled well as a unit and if you want to win games like this, everyone has to come to the party. There are some areas we need to look at as a group and again it’s a team sport.” Man of the Match Kohli, who struck 12 fours and a six in his 87-ball 113, said one has to play every game as if it is his last outing.