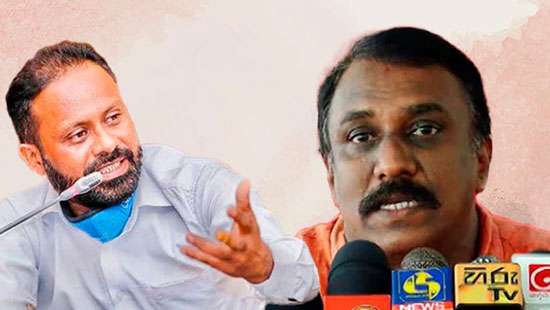 Discussion between the private bus associations and the National Transport Commission (NTC) about the possibility of reducing bus fares after the recent diesel price reduction, ended without a solution.

Meanwhile, the Inter-Provincial Private Bus Association (IPPBA) and Lanka Private Bus Owners' Association (LPBOA) said the bus fare would be reduced if the diesel price was reduced by Rs. 30 and Rs. 10 from tomorrow.

With the price revision, the private bus associations were adamant that the recent price reductions were not sufficient for a fare revision. But they said the expressway bus fare was reduced by 10% as of January 4.

After the discussion with the NTC, IPPBA Secretary Anjana Priyanjith said that the NTC had requested to reduce the bus fare by at least one rupee. He claimed that the prices of bus spare parts had gone up by 500%, including other accessories. We can go for a bus fare revision that people can feel only if the government takes action to reduce the diesel price by Rs. 30 by tomorrow.

Moreover, NTC Director General Nilan Miranda said that if the decrease in diesel price is affected by 4% in relation to bus fare calculation, the bus fares will have to be reduced through an interim revision. (Chaturanga Pradeep Samarawickrama)