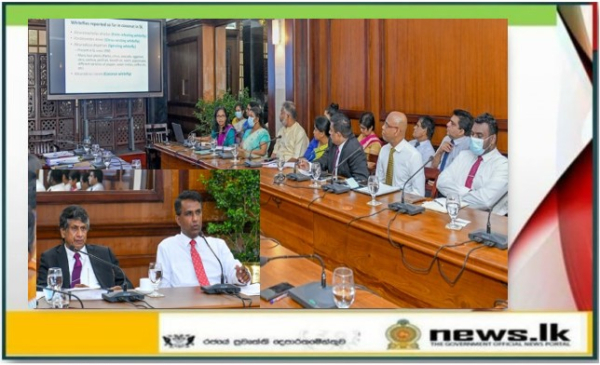 A discussion on the sustainable management of the “Whitefly” pest that damages coconut plantations, was held yesterday (19) afternoon at the Presidential Secretariat under the patronage of President’s Secretary Mr Saman Ekanayake and President’s Director General (Community Affairs) Mr. Rajith Keerthi Tennakoon.

The responsible institutions including the Coconut Research Institute have held various awareness programs, to educate the coconut growers about this pest and measures being implemented at the rural level, including the problems that have arisen in their implementation.

In the implementation of these awareness programs, the participation of social media including electronic and printed media was also discussed.

The officials pointed out that climate change, the cultivation of coconut trees that are brought illegally to the country and the simultaneous reduction of natural parasites have contributed to the spread of this insect menace. This pest has affected the areas of Colombo, Gampaha, Kegalle, Kalutara and several other areas.

It was stated that the lack of officers has been a major problem in the practical implementation of the measures taken by the relevant institutions to combat this situation, and as a solution, the President’s Secretary advised to prepare a program to involve everyone from the Divisional Secretaries to the rural officers.

Also, the President’s Secretary, who pointed out the importance of collecting accurate information about the crops damaged by the “Whitefly” insect menace, also advised to get the support of the university community working on this subject to suppress it.

In addition, the President’s Secretary further advised to resort to quick solutions such as cultivating parasites and purchasing necessary machinery to control and suppress the emerging threat.

Government officials including the heads of related line institutions participated in this discussion.