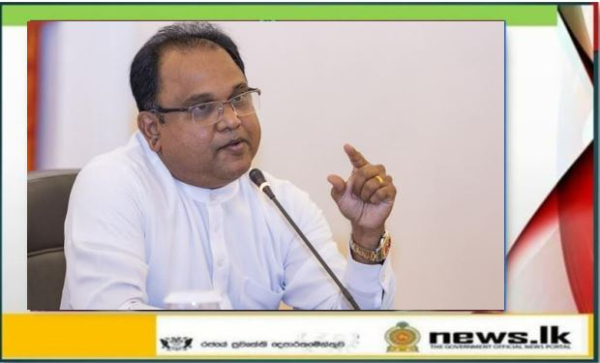 Addressing the committee, the minister further mentioned that when comparing the prices of the open market in the months of March and April, the consumer has been able to get relief from the reduction in the price of essential goods by November. Accordingly, one kilogram of dhal in the open market in July was 595 rupees, and in December, one kilogram of dhal was reduced to 389 rupees from Lanka Sathosa . He further mentioned that 1 kilogram of wheat flour which was 410 rupees in the open market, was reduced to 265 rupees from Lanka Sathosa in December.

The Minister instructed the Consumer Affairs Authority and the Department of Measurement Units Standards & Services to continue market monitoring and inspections for the sake of consumer protection during the upcoming festive season.

In addition to that, he emphasized that the Consumer Act No. 9 of 2003 will be amended with the aim of establishing a fair market system. The Minister said that the qualifications of the full-time members including the Chairman of the Consumer Authority are expected to be included in the Act and the method of investigating consumer complaints against manufacturers and traders is expected to be included in the Act in a more systematic manner. Minister also said that he intends to present the revised draft including new clauses to the next consultative committee meeting.

Also, the minister said that the government has paid close attention to ensuring food security in the country. It was also emphasized that a project to promote women entrepreneurs in order to increase incomes and improve the quality of life will be started within this month. The chairman mentioned that at the moment, identification of the relevant beneficiaries is going on at the divisional secretariat level and after the relevant identification, the necessary equipment will be provided to the women entrepreneurs by STC.