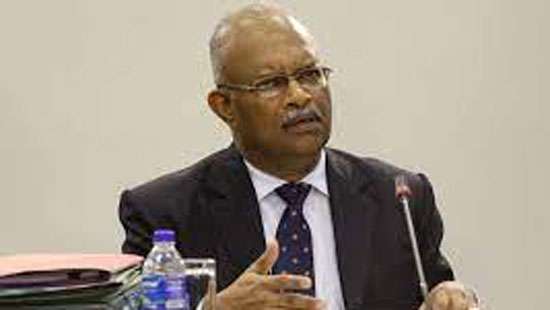 The Attorney General's Department yesterday informed Supreme Court that Sub Inspector Sugath Mendis who was arrested and interdicted along with former CID Director Shani Abeysekera has now been reinstated and he will be given his full salary.

In his petition, Sugath Mendis complained to the supreme court, that he was denied due process and has been wrongfully interdicted and denied his salary and entitlements inflicting hardship to him and his family.

Accordingly, the Supreme Court would deliver its judgment regarding this petition in due course.

Deputy Solicitor General Suharshi Herath appearing for the Attorney General informed court that the petitioner has now been reinstated and he will be given his full salary and five increments denied to him, after the last court date. An affidavit to that effect had been filed by the respondent parties.

Senior Counsel Viran Corea appearing with Thilini Vidanagamage instructed by Lilanthi De Silva submitted that the steps complained of in the petition were taken to cause harm and prejudice to the petitioner for refusing to give false evidence against SSP Shani Abeysekera in a diabolical conspiracy to undermine the conviction of ex-DIG Vaas-Gunawardena for having kidnapped and murdered businessman Mohamed Shiyam. He pointed out that the complaints acted on were six years after original statements to the opposite effect given by the same persons and lacked even prima facie credibility. He emphasised that even the Appeal Court had determined those belated allegations to be false and unbelievable. Despite this, Corea submitted the petitioner was being victimised, which is a serious fundamental rights violation by the respondents and state. He added that the petitioner had a perfect career record with many commendations and even rewards, including for helping properly investigate and prosecute the trial against Vaas-Gunawardena. He pointed out that the petitioner had told even the Magistrate as soon as arrested, that he had been arrested for refusing to give in to pressure by two police officers- ASP Neville Silva and Inspector Nishantha to give false evidence against Shani Abeysekera to frame him as having framed Vaas Gunawardena. But powerful forces were acting against the petitioner and Shani Abeysekera to some how allow Vaas Gunawardena to escape the conviction. He pointed out that paying withheld salary after causing deprivation to the petitioner and his family for many months nonetheless involved violations of Articles 12(1) and 14(1)(g).

It was urged that the petitioner should be granted declarations that his fundamental rights were seriously violated, granted substantial compensation and further relief given under the just and equitable jurisdiction to ensure that his promotional and career prospects are not harmed in any way. He cited previous cases in which such reliefs had been granted by the court and urged that the court does likewise in this case.

The court noted to Deputy Solicitor General who appeared for the respondents, that it was concerned as to the propriety of the same Attorney General who is defending the trial at bar conviction by  five High Court judges in the Supreme Court to also act in defence of steps against the petitioner on the basis of the belated complaint in what seemed very much a collateral attack on the conviction.

Sub-inspector Mendis was arrested and remanded for 11 months in connection with allegations that his superior officer SSP Shani Abeysekara had planted weapons in certain premises to frame former DIG Vaas-Gunawardena who was convicted along with his son and four others by a trial-at-bar for murdering millionaire businessman Mohomed Shyam.

Mendis was granted bail along with SSP Shani Abeysekara by the Appeal Court which noted several contradictory positions in complaints made against Mendis that evidently contained fabrications and false versions. Mendis had complained that he was taken in and remanded for refusing to falsely allege that SSP Abeysekara had planted weapons to frame Vaas-Gunawardena and others. (Lakmal Sooriyagoda)