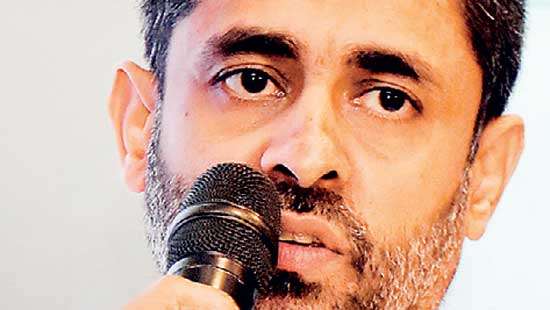 By Nishel Fernando
The project company of the Colombo Port City (CPC) project stressed that the multi-billion-dollar project cannot be marketed to foreign investors in the present context sans tax incentives.
“So much is spoken about fiscal incentives. I agree that tax incentives do not rank as the number one priority for investors. But, let’s look at the other advantages we have. In Ease of Doing Business, we have not been ranked great. Political stability is another issue. Currently, we don’t have access to capital markets. In that context, fiscal incentives are a must, because we are not competitive and feasibility doesn’t add up,”CHEC Port City Colombo (CPCC) Deputy Managing Director Thulci Aluwihare said.

He made these remarks joining a session at the Sri Lanka Economic Summit 2022 organised by the Ceylon Chamber of Commerce in Colombo
on Tuesday.

Under the 5-year roll-out plan, the CPCC was originally targeting to attract US$ 5.6 billion in foreign direct investment (FDI) to develop 22 land plots in the Port City. Aluwihare expressed his confidence in attracting at least half of it, if the government is able to issue the missing two key regulations, which include
tax incentives.

Under the present tax regime, he pointed out that it does not make sense for any foreign investor to make an investment in CPC.

“If any investor wants to invest in Sri Lanka now, you are looking at the minimum hurdle rate in US$ return of 20 percent and at what discount rate you apply to discount your cash flows and what’s your WACC (weighted average cost of capital).

Compared to Singapore, our WACC is more than six percent and you will discount those cash flows at 18-19 percent. On top of that, if you ought to pay 30 percent income tax, withhold tax and all of that, then project doesn’t become feasible,” he elaborated.

Further, he emphasised attracting investments to CPC as a tough undertaking given the risk profile and stressed that the project should not be misunderstood as a
real-estate development.

“The risk profile (of Colombo Port City) is different to a real estate project in Colombo one or two. Here, we are trying to build a city, so we need scale.  For anyone to invest, we have to demonstrate that there’s an adequate demand,” he stressed. In addition to fiscal incentives, Aluwihare noted that ring-fencing regulations are also required to be issued under the Monetary Law Act.  “For any business within the Port City, all capital must be raised outside. So, there’s no conversion happening. So, we need to ensure that there are adequate regulations passed to the Monetary Law Act saying that money raised outside of Sri Lanka for the purposes of investments of Port City with the objective of export of services is ring-fenced from other restrictive foreign exchange laws that are currently applicable in Sri Lanka,” he noted.

Due to these circumstances, CPCC is currently holding off the earlier planned investment promotion drive to market CPC.

“We had huge plans of driving investment promotion and for that we cannot sell Port City without selling Sri Lanka. We had a huge budget allocated to do that. While the Port City Commission is working on getting some of the regulations in place, two pieces of regulations are still missing for us to go out there and market Port City,” Aluwihare said.

Further, he cautioned that some of the planned investments in CPC would also be delayed if the government fails to issue necessary regulations including fiscal incentives to the CPC.  He opined that the country needs big-ticket, export-oriented FDI projects such as CPC to drive economic recovery. “In this recovery period, investments of US$ 2-3 million or even US$ 200 million won’t do; we need to think big. We will need billions of dollars in FDI to make a significant recovery,” he said.