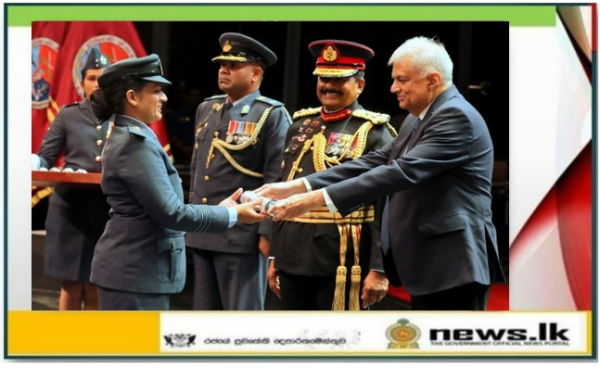 Addressing the gathering, President Ranil Wickremesinghe said that today’s warfare is not confrontational between armies, but it is economic, cultural and technological.

He noted that being a weak country does not mean it is weak militarily. “You cannot be weak economically. So this is why I have set about these new reforms which will make us economically strong by 2050.”

For this, he said that regional cooperation is vital for stability in the Indian Ocean region.
The Defence Services Command and Staff College (DSCSC) is the highest seat of military learning for middle-grade officers of the Tri Forces and was established to develop the professional knowledge and understanding of selected Student Officers both in Command and on the Staff where all military doctrinal and strategic level planning and teachings were brought under one roof, as practised by many other Armed Forces of the world.