“The operations will resume on December 12, with four weekly flights between the two cities,” a senior official of Alliance Air told  The Hindu. The airline was earlier a subsidiary of Air India, until the national carrier’s divestment and hand over to the Tata Group in January this year, the Hindu reported.

The service, tested in October 2019 and launched in November that year, operated until March 2020, when the pandemic hit the region, forcing governments to shut airports and borders. In the four months that the flights ran between the two cities, services were increased owing to high demand, officials familiar with the operations said.

Prior to the service, residents in northern Sri Lanka had to travel south to capital Colombo, either by train or a nearly eight hour-road trip, to take a flight out of the country. The resumption of Chennai-Jaffna flight operations comes as welcome news for the Tamils living in and around Jaffna, in the Northern Province. Professionals and the business community living in the northern region have repeatedly emphasised the need for greater connectivity with India, for business and trade interests, inward tourism, and personal, familial visits.

The Palaly airport, barely 20 km north of Jaffna town, was built by the British for the Royal Air Force, during the Second World War. The Sri Lankan military has a base in Palaly, with its regional headquarters, not far from the Sri Lankan naval base in Kankesanthurai, on the tip of Jaffna Peninsula. India and Sri Lanka have agreed to develop the port in Kankesanthurai and are also exploring ferry services connecting the coastal town with Karaikal in Puducherry. 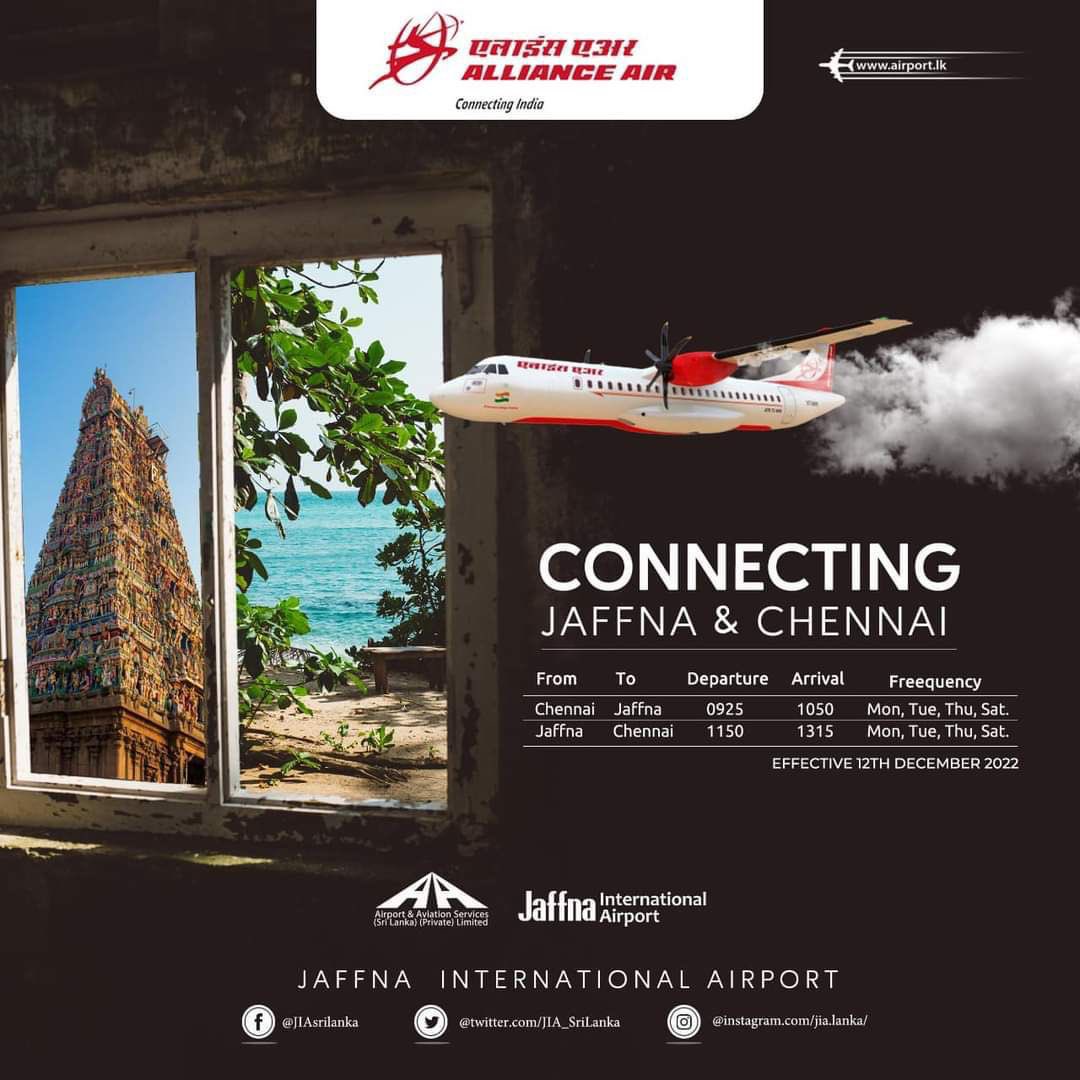