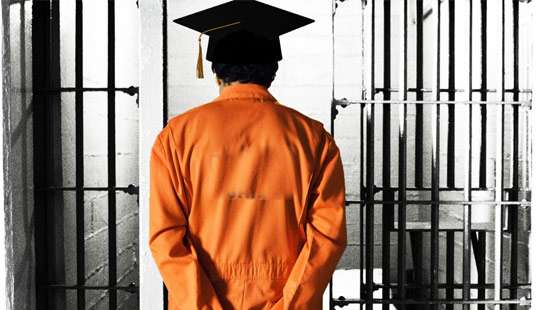 A total of 14,547 prisoners and 62,426 suspects have been imprisoned in Sri Lanka for various charges during the last year alone and more than 300 graduates were among those imprisoned, the Prisons Department said.

Prisons Spokesman Chandana Ekanayake said that the number of people who have been sentenced by the courts or placed under custody in connection with various charges has gradually grown compared to previous years.

Statistics show that at least 2.2% of those imprisoned have not attended school.

Meanwhile, according to the figures released under the ages, a total of 87 below the age of 16 have been imprisoned last year while 5,983 persons between 16 and 22 years of age were imprisoned.

The statistics show that the majority of people in the age group of 30-40 were imprisoned.

The number of imprisoned inmates above the ages of 70 is 436.(Darshana Sanjeewa Balasuriya)