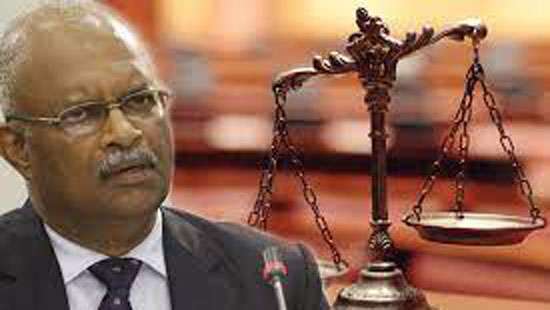 Additional Solicitor General Rohantha Abeysuriya appearing for the National Authority for the Protection of Victims of Crime and Witnesses gave this undertaking when the writ petition filed by Shani Abaysekara seeking adequate security to him and his family was taken up before Court of Appeal.

In his writ petition, Shani Abeysekara had sought an order directing the police to provide thesecurity to him and his family in compliance with the directives of the National Authority for the Protection of Victims of Crimes and Witnesses.

President's Counsel Upul Jayasuriya appearing for the petitioner told court that his client is satisfied with this arrangement. However he said they will file contempt of court papers in the Supreme Court against the respondents if they failed to implement this undertaking that was given to the court.

The petitioner had named National Authority for the Protection of Victims of Crime and Witnesses, IGP Chandana Wickremaratne, Western Province Senior DIG Deshabandu Tennakoon and several others as respondents.

The Petitioner states that evidently the he and his family is exposed to severesecurity threats, and the provision of a security of an unarmed police constable isclearly inadequate and does not suffice the required protection to the petitioner or hisfamily. He further said this threats are existing as long as he is alive so theseunidentified threats are life time Life threats towards the petitioner.

Shani Abeysekara states that the failure to comply with the requirement imposed by the Victims Protection
Authority is an offence under the Section 14 (2) Assistance to and Protection of Victims of Crime and Witnesses Act, No. 4 of 2015 shall be guilty of an offence of contempt of the Authority.  (Lakmal Sooriyagoda)