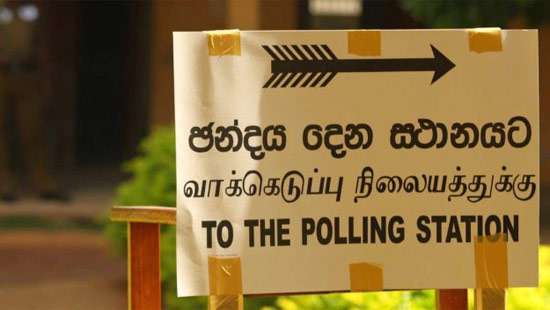 The Chairman of the Election Commission (EC) S.G.Punchihewa said yesterday that he has received the opinion of the Attorney General (AG) on conducting of the Local Government (LG) polls and as such he would issue the relevant gazette notification before January 9.

However, he told the Daily Mirror that he could not disclose the opinion conveyed to the EC by the AG to the media or any other party and added that there was no any legal impediment to hold LG polls and establish 340 LG bodies by March 19, 2023.

“I expect to discuss the AG’s opinion conveyed to me about three days ago with other members of the EC this week, take a final decision and make preliminary arrangements to issue the gazette notification shortly, announcing the dates of the LG polls,” Punchihewa said.

“I don’t know whether there will be any legal or constitutional impediments in days to come before the releasing of the gazette. But the EC is determined to issue the gazette notification to conduct the much delayed LG polls on time. The EC is constitutionally mandated to hold elections on time and not to postpone them,” Punchihewa stressed.

The Supreme Court in many instances has ruled that the government and the EC cannot delay conducting polls but can go for elections earlier than the legally stipulated day,” Punchihewa, emphasized.

One of the main prerequisites to hold the LG polls – the preparation of voters list of the 2022 electoral register under the LG wards system – would be completed in the next few days, he noted.

There is no any financial issue either to delay the election as the interim budget 2022 has allocated Rs. 10 billion for the EC.

Punchihewa gave an assurance to the joint opposition led by SJB leader Sajith Premadasa during a discussion held on November 15 that the Local Government polls would be held on time paving the way for the establishment of all 340 local government bodies by March 19th, 2023.

He also promised them that the relevant gazette notification would be issued between December 6th and January 9th, 2023.(Sandun A Jayasekera)