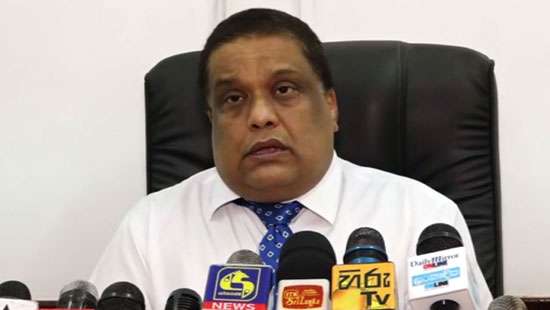 According to the Government Medical Officers' Forum (GMOF), 5% to 10% of hospital minor staff employees are involved in drug businesses, and most of them are addicted to drugs.

Addressing the media, GMOF President Dr. Rukshan Bellana said the remaining 90 percent of the employees were not allowed to report to duty or let them do their duties.

The drug-addicted minor staff employees forced other employees to take leave and not report to work, bringing the entire hospital system to a halt.

Because of these drug addicts, the patients are losing their mobile phones, hot water flasks, and even their jewelry.

As a result of the increased use of drugs over the last five years, a greater number of minor staff employees attached to hospitals have missed their duties, he claims.

“I have reports issued by the CID, police intelligence, and hospital ward heads about the number of employees who report to work daily or not. It was reported that Dematagoda underworld drug dealers had spent money to organize protests against the hospital's actions against the drug deals,” Dr. Bellana said.

“The health unions did not raise their hands, requesting the hospital administration take action to protect the minor staffers from the drug mafia. Instead, underworld drug dealers threatened certain trade union leaders, claiming that they were to blame for the collapse of the drug business in hospitals and warning that they would lose their profits from the business,” Dr. Bellana said.

Accordingly, several protests were held at hospitals under the themes of suppression actions taken by the government and the increasing cost of living. The protest was organized by bringing about 25 minor staff employees and making them tell lies, he alleged. (Chaturanga Pradeep Samarawickrama)