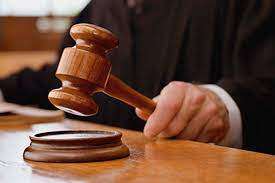 The Colombo High Court has issued an open warrant for the arrest of former Galle Magistrate D.S. Merinchiarachchi for not appearing in court after she was found guilty of committing offences in 2000 while serving as the Galle Magistrate.

The Colombo High had imposed five years of rigorous imprisonment on the former Galle Magistrate for committing offences under Public Property Act.

The Attorney General had filed an indictment against the former Magistrate for recording a fine imposed on an accused to an underestimated value, incurring a loss to the state.

The Attorney General alleged that the former Magistrate had committed these offences between the 04th and 05th of April 2000, by recording a fine of Rs. 7,500 imposed in a case filed under Excise Ordinance as Rs. 1,500. The Attorney General had filed another case for recording a fine of Rs. 5,000 in another incident to an underestimated value of Rs. 1,500.

The trial proceeded in absentia of the accused in terms of section 241 of the Criminal Procedure Code.

The Court was informed that the accused had left the country and the prosecution sought an order for her arrest.