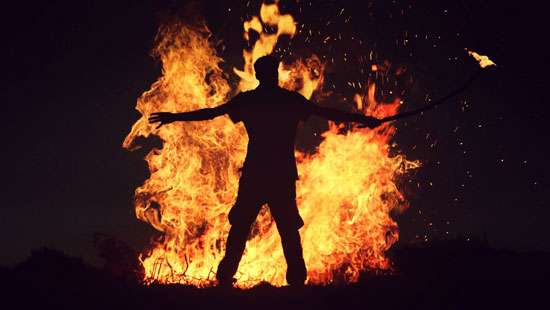 A 28 year old man was arrested by a special police team in Ampitiya today over torching a 17 year old child who had obtained 9A's in the 2021 G.C.E Ordinary Level exams, the police said.

The police said that the suspect was a member of a criminal gang and had a hand grenade in his possession at the time of his arrest.

The 17 year old victim, a resident of Meekanuwa, Ampitiya had been confronted by the suspect on Saturday night (November 26) while returning home with his family members.

The suspect, who had borne a torch in his hand, along with a bottle of kerosene, had confronted the boy in agitation and had thrown kerosene and the torch in the victim's direction.

Investigations led by Kandy Police revealed that the suspect is a drug addict with a criminal record.

Several Police teams had been deployed to arrest the suspect who had fled the area soon after. (Darshana Sanjeewa Balasuriya)