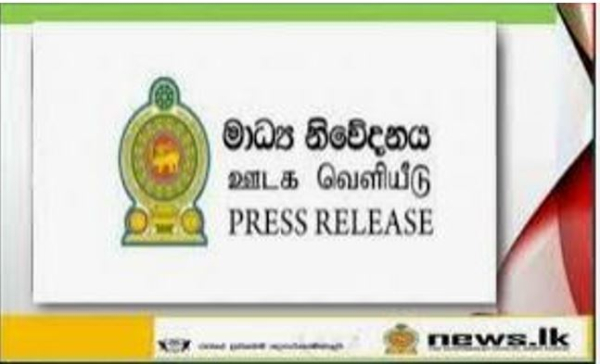 The Presidential Director General (Community Affairs) says that the release of kerosene to all agricultural areas in Sri Lanka will commence from tomorrow using the same mechanism that was used to solve the fishermen’s’ kerosene problem.

From the 1st to the 19th of November this year, 29 bowsers of kerosene were distributed daily, and after the implementation of the new program from the 23rd to the 27th of November, 229 bowsers (daily average 45.8) were issued to fishermen and farmers. That is an increase of 17%.

Tennakoon said that it is the government’s policy to provide fuel to farmers, agribusinesses, small and medium-scale growers, and all supply chains related to farming in a frugal manner but without leaving anyone out by paying attention to the requirements confirmed by the regional secretariat officers.

The Ministries of Agriculture, Plantation, Agricultural Services and other departments Provincial Agriculture, Cooperative Ministries, together with the Animal Production, Petroleum Corporation and distribution managers have completed the joint plans by the 28th to supply the diesel/gasoline/kerosene requirement within approved limits.

Especially in each phase of the crop season, the fuel (diesel/gasoline/kerosene) requirement for each geographical region is planned separately for the first time. Based on the sales data of each gas station in the last 5 years, a formal study on the amount of fuel required is currently being conducted at the national level. Considering that fuel is also an inter-provincial/district exchange commodity, this will be implemented to cover all other agricultural sectors including agriculture, export agriculture, plantation crops, flowers and ornamental crops. The aim of this endeavour is to avoid the problems that occurred during the last season in providing fuel for crop harvesting machines and fuel for water pumps that operate using kerosene.

Mr. Thennakoon further said that there was a shortage of kerosene for the fishermen despite the availability of sufficient fuel stocks due to the provision of (wrong) reports about their needs, without surveying the relevant requirements, and measures are being taken to prevent this from happening in the agriculture sector.
Since the government has to bear a cost of nearly $300,000 in supplying kerosene for agricultural crops, the national responsibility is assigned to the Provincial Chief Secretaries and District Secretaries to ensure its maximum profitability.

The Presidential Secretariat has also instructed the Provincial Council Cooperative Commissioners to prepare an arrangement with rural banks to provide credit facilities for cooperative fuel stations to purchase kerosene required for agricultural activities.