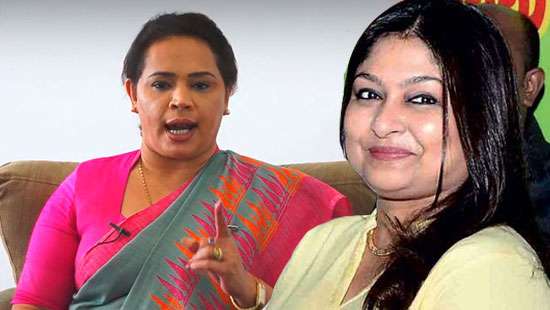 State Minister of Tourism Diana Gamage today claimed in Parliament that Opposition Leader Sajith Premadasa's wife, Jalani Premadasa had telephoned former President Gotabaya Rajapaksa asking for the premiership for her husband when Gotabaya was the President.

She further warned Sajith in Parliament saying that if he continued organizing protests, the people would beat him on the streets.

“Stop trying to sabotage efforts to save this country,” Diana warned.