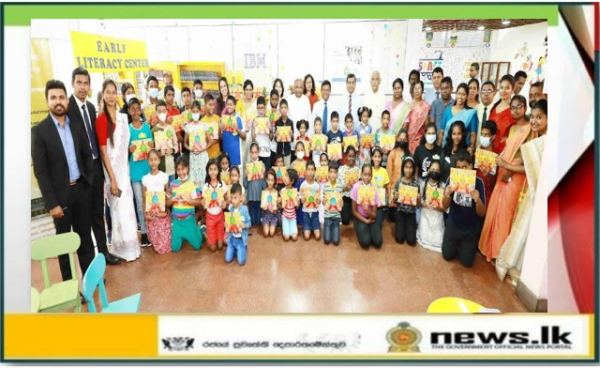 This children’s book is published in Sinhala, Tamil and English, which explains representative democracy and about the Parliament of Sri Lanka in simple language and in a delightful way for the children who are preparing for future leadership.

The Secretary General of the Parliament Mr. Dhammika Dasanayake presented the first copy of the book to the Speaker Hon. Mahinda Yapa Abeywardana. Thereafter, the speaker awarded this book to a group of children who participated in the event.

The Chief of Staff and Deputy Secretary General of the Parliament Mrs. Kushani Rohanadeera in Sinhala and Director (Administration) Ms. G.Tachchanarani in Tamil then read the story of the book to the children who were present.

Speaking at the event, the Speaker Hon. Mahinda Yapa Abeywardana said that instead of education aimed only at exams, children should be given a basic idea about their environment and politics from an early age. The speaker said that he would like to express his thanks to all those who contributed towards this book written to achieve that purpose.

Furthermore, the publication of this book, which is a Sarasavi publication, has been financially supported by the National Democratic Institute (NDI).

Along with this event, a drawing session was also conducted for children. This is the first time in history that the Parliament of Sri Lanka published such a literary book in print to build understanding of the Parliament among the Sri Lankan children.

The Department of Communication of Parliament expects to offer a set of books including this children’s book to libraries of all the primary schools that visit Parliament and further information can be obtained from the following telephone numbers – 0112777318/ 0779899085.