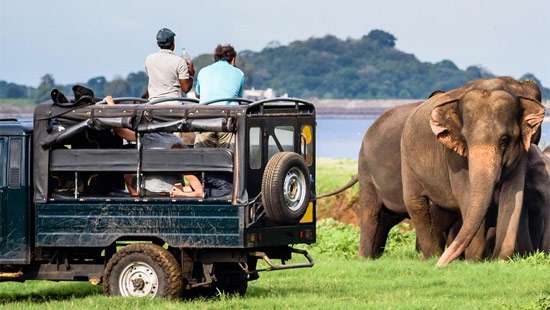 Minister Mahinda Amaraweera unveiled the plaque of Lunugamwehera National Park as Zone VI of Yala Park and named the park as a zone belonging to Yala National Park.

Lunugamwehera National Park which is rich in biodiversity and a major elephant migration route between Yala and Udawalawa consists of 27185.85h.

Also, the newly built Pahala Hentota Circuit Bungalow within the Yala National Park was also opened by the Minister on Friday.

The ministry said that the circuit bungalow also has the opportunity to watch bears that come at night.

Meanwhile, the Minister said that the government's decision to temporarily suspend the entry of private vehicles into the Yala Park will be revoked soon. (DSB)