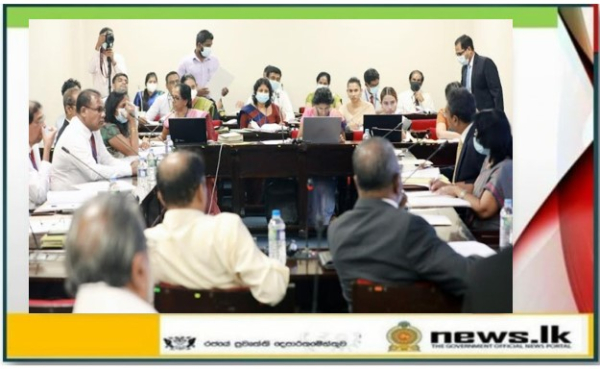 Chairman of the Public Finance Committee Hon. Dr. Harsha De Silva, instructed the officials of the Ministry of Finance and Trade to calculate and give the proper price at which an egg can be sold in consideration of the regulations under the Import and Export (Control) Act No. 1 of 1969 related to the import of poultry feed into Sri Lanka,
This matter was discussed at the Committee on Public Accounts held in Parliament recently (24) under the chairmanship of Member of Parliament Hon. (Dr.) Harsha De Silva.

The Committee discussed the regulations under the Casino Business (Regulation) Act No. 17 of 2010, where the members of the Committee were of the opinion that it would be best to consider the approval after making it more effective for the development of the country.

Thus, the officials said that there is no provision to operate the casino apart from the tax paid to the Inland Revenue Department and as a preliminary step they have taken measures to issue these licenses.

There was a long discussion in the committee regarding a number of issues related to the fact that there is no clear understanding of whether these casino businesses are paying the relevant taxes, how much tax has been collected by the government or not, and there is no proper regulation regarding the existing casino businesses apart from the 4 registered casino businesses. Accordingly, the Committee on Public Finance decided to conduct a comparative study in this regard and reconsider the matter.

The provisions under the Value Added Tax Act No. 14 of 2002 were also considered and the committee approved it. The committee members emphasized to the officers that despite the approval of the committee, the problems arising from the tax levied on condominium residential accommodation in the background where the buyers and developers have already made advance payment according to a sub-contract management plan are causing a clear injustice to the public.

Furthermore, the Resolutions under the Local Treasury Bills Ordinance, Regulations under the Finance Act No. 12 of 2012, Appropriation (Amendment) 2022 bill also received the approval of the Public Finance Committee.