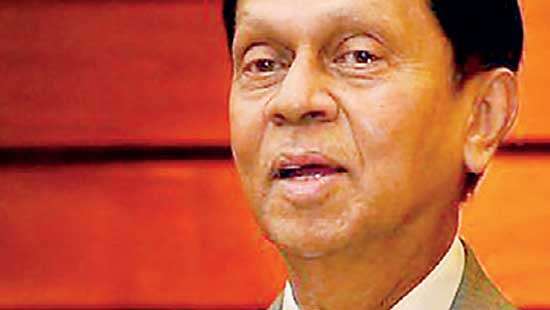 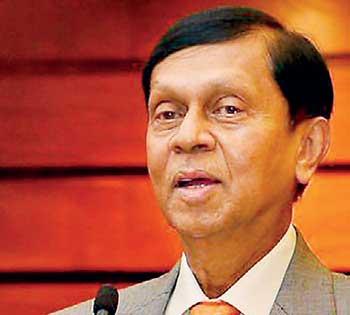 Former Central Bank governor Ajith Nivard Cabraal in his recently released publication on the current economic meltdown ‘Amidst Economic Hit Men’ says that if anyone is to blame for the current predicament, it is not only him but the previous administration, previous cabinet, finance minister and the monetary Board of the Central Bank as all the fiscal and economic decisions were taken collectively and not by a single person.

The decision to default debt payment, keep the rupee steady, increase or cut tax and obtaining bilateral and multi-lateral loans and issuance of ISB were taken following the approval of the cabinet, the monetary Board and the finance minister.

None of these decisions have been taken by me single-handedly or arbitrarily. All of them were collective decisions,” he stressed.

Mr. Cabraal says that the announcement that ‘Sri Lanka is “bankrupt” with the temporary suspension of payments of all external debts’ on April 12 was the biggest betrayal of Sri Lanka after independence. President Ranil Wickremesinghe also on several occasions has said ‘Sri Lanka is bankrupt’ as financial crisis was ravaging the country’.

He claims that many enemy agents had worked on this conspiracy and their intention was to somehow bankrupt Sri Lanka and make the country kneel before the international community. He explains that these foreign forces and their local puppets tried their utmost to cause this bankruptcy through him when he was Governor, but because he did not fall for that trap, they have made him an “accused” for the “offence” of not bankrupting the nation. He says that he is therefore setting out hitherto unrevealed information about the “economic assassination” of Sri Lanka, and identify the real economic hit-men who carried out this mission.

Cabraal states that Sri Lanka’s debt challenges were aggravated by the forex borrowing in five years – 2015 to 2019, whereby the forex debt ballooned by a massive 65% from US$ 23.4 billion to US$ 38.7 billion. During that period, he refers to the net borrowing of US$ 10 billion in International Sovereign Bonds (ISBs) at interest rates over 7.0%. He also says the Government had borrowed another US$ 2.0 billion as “term loans” and got US$ 1.1 billion from selling the Hambantota Port. He then says the Forex Reserve by end-2014 was US$ 8.2 billion and asserts that the Forex Reserve should have been US$ 32.7 billion with the inflows, instead of US$ 7.6 billion by end 2019, had the Forex Reserve been better managed. He contends there would have been no crisis if such a reserve was available at the beginning of 2020.

Mr. Cabraal explains that the ISB settlement of US$ 500 million on January 18,  2022 was a Parliament-approved and budgeted debt repayment for 2022, and such payment could not have been stopped by him, even if he wanted to. He then asks as to whether those who claimed that Sri Lanka should not pay the forex debt, including the ISB of US$ 500 million, would now take responsibility for the repercussions that followed the debt default. He specifically asks whether they would be comfortable if Sri Lankan banks and investors who hold 16% of the ISBs of US$ 13,000 million lose a part of their money which would lead to the serious destabilization of the entire Sri Lankan banking system.