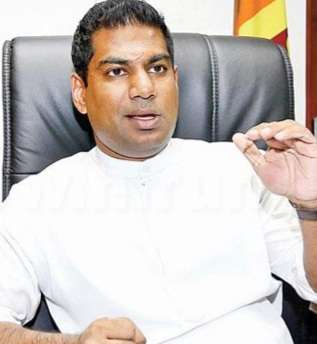 Claiming that the Ceylon Electricity Board (CEB) is incurring a loss of Rs. 423 billion even after the recent tariff revision, Power and Energy Minister Kanchana Wijesekara said today increasing eletricity tariffs will be inevitable for continuation of power supply.

He told Parliament that the generation cost at present is Rs. 889 billion and that only Rs. 400 billion is being receiving even after the tariff increase in August.

The Minister said the recent tariff increase was not what was requested by the CEB and added that the Public Utilities Commission of Sri Lanka (PUCSL) approved only Rs. 250 billion whereas the CEB requested Rs. 600 billion.

He said the CEB was spending Rs. 56.90 per unit as generation cost whereas only Rs. 29 was levied from the consumers.

He said if the PUCSL had increased electricity tarrifs to cover the generation cost from 2013, people would not have undergone huge tariff hike at once.

He said the Ministry presented a Cabinet Paper last week to allow PUCSL to revise electricity tarrifs in January and July every year. (Ajith Siriwardana and Yohan Perera)