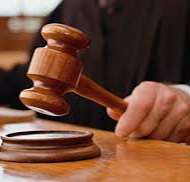 The Colombo Fort Magistrate today issued an order dismissing a private plaint filed against SSP Roshan Dias and ASP Nalin Dilruk over a criminal accusation that they wrongfully prevented and obstructed a peaceful protest near Galle Face on October 10.

Senior State Counsel Shaminda Wickrema appearing for the Attorney General had earlier strongly objected to the Private Plaint stating that the order had been obtained by misrepresentation of facts.

SSC Wickrema further submitted to court that action should not be taken against police officers without the Attorney General’s sanction in terms of section 97 (1) of the Criminal Procedure Code.

A group of lawyers and professionals had organized a peaceful protest condemning the police behavior towards the participants who engaged in a protest on October 9 to commemorate the people who died and injured while being involved in the Aragalaya protests.

In his private plaint, Journalist Tharindu Jayawardena said police prevented the participants from proceeding further in which they have a right to proceed as they sought prior permissin.

The complainant alleged the OIC of the Fort Police had been informed regarding this protest march as required by law and relevant communication was forwarded to IGP as well.

The complainant alleged that two accused have committed punishable offences under section 330 of Penal Code (wrongful restrain) and section 59(1) of the National Thoroughfares Act (obstruction of roads).