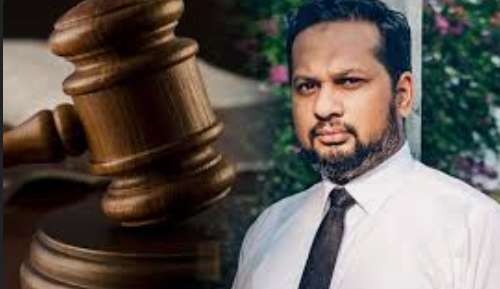 He told court today that he lied in his statement made before Magistrate in May 2020.

He said that in relation to repeated questions by the defense on how he left the Al Zuhriya Arabic college .

In his evidence in chief the witness said that he had “jumped and run away from the school “. However in his statement to the Magistrate he had said that he stayed home after returning from the term end holiday.

The defense continuously questioned the witness on his narrative which they pointed out was completely contradictory to his previous statements .

The witness also said CID officers visited his home on separate occasions and showed the picture and identified Hejaaz Hizbullah to the witness.

Attorney at law Hejaaz Hizbullah and another were indicted before the High Court of Putthalam for allegedly making a speech in an Arabic college in Putthalam .