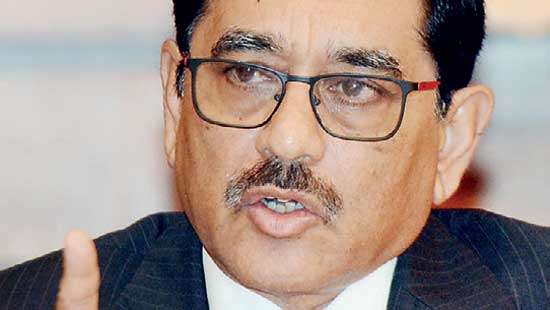 The Central Bank forewarned that it would be compelled to bring in administrative controls such as deposits and lending rate caps unless the markets adjust their interest rates to reflect the easing inflation and improvement in money market liquidity.

The statement issued by the Central Bank announcing the monetary policy contained a large section on the Monetary Board’s deep concerns about what they call an, “anomalous rise in market interest rates,” particularly in the deposits and the short-term lending rates despite the recent improvements in money market liquidity.

While any regulatory measure would be secondary, Central Bank Governor Dr. Nandalal Weerasinghe said they would first like to see the market adjusting itself instead of them getting ahead with any intervention.

“What we expect is that even without bringing policy rates down, the market rates to adjust towards a proper normalisation of interest rates path,” he said addressing the media yesterday to announce the Monetary Policy decision.

“We are already seeing government securities yields stabilising and with that we hope the market rates would also be stabilising,” he added.

The inflation which peaked in September and the less hawkish tone by Dr. Weerasinghe in the last couple of weeks amplified expectations for a dovish monetary policy in the period ahead.

Meanwhile, the deficit in the money market which remained well over Rs.600 billion around April and May has improved to around Rs.150 billion levels at present, making a further case for easing in market rates.

However, the deposits and the lending rates are staying stubbornly high and the former has seen steep increases particularly as a result of intense competition between banks for deposits.

However, Dr. Weerasinghe believes the rates should now moderate as the conditions which favoured the rates to climb higher are now turning around.

He recalled that interest rates had begun to rise last year even before the Central Bank started its current tightening cycle because the markets were pricing in higher rates due to the rising inflation at that time.

But, the fact that the Monetary Board raised serious concerns about the matter reflected that the rates have gone too far which cannot
be justified.

Speaking further, Dr.Weerasinghe said the yields and the rates which also rose in recent times due to uncertainty over the debt restructuring should  stabilise after the process comes to a successful conclusion soon.

In recent times, the Central Bank came under severe flak from legislators representing both the government and the Opposition for keeping rates at sky-high levels and shrinking the economy.

But, in response Dr. Weerasinghe said that these statements are made due to ignorance and if the actions which were taken since April onwards were not taken to tighten the monetary policy, the economy would have ended up in a much worse state.