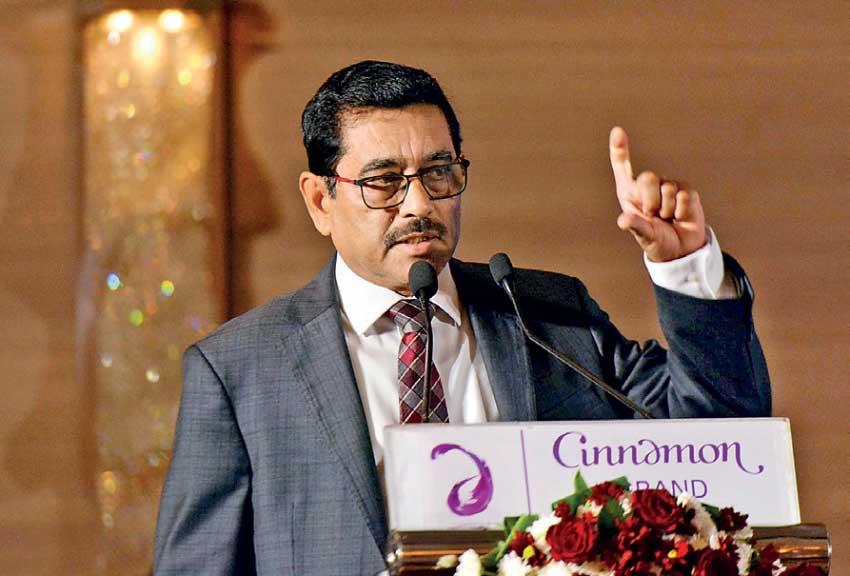 Amid growing public pressure, the Central Bank (CB) this week said it stands ready to name and shame the exporters who fail to provide adequate reasons within next two weeks for falling behind to convert their export earnings to rupees within the mandated time periods.

Delivering the keynote speech at the post-business session of the Sri Lanka Apparel Exporters Association’s Annual General Meeting held in Colombo on Tuesday, Central Bank Governor Dr. Nandalal Weerasinghe highlighted that only 23 percent of the export proceeds have been converted into rupees so far during the year, despite high local value additions claimed by exporters.

“When you look at the apparel sector separately, the conversion rate is only 14 percent. However, I acknowledge that there could be problems with the data. We asked clarifications from banks but the banks can’t go into your books,” he pointed out.

“Out of 100, 23 exporters had a satisfactory conversion rate. So, we didn’t ask to send them the questionnaire. We sent the questionnaire to remaining 77 of these exporters and we have only received any response from 57 so far. Those are also very vague answers,” he said.

If the exporters fail to respond within the next two weeks, Dr. Weerasinghe stressed that the CB would not hesitate to name and shame these exporters.

“To people (exporters) who are not responsive, we will be sending some more letters. However, if we don’t get a response in two weeks’ time, we are going to publish a list of people who are responding and not responding. I encourage you to not go into that level and support us with your cooperation,” he remarked.

In particular, Dr. Weerasinghe said it is in the best interests of the export community to salvage their reputation.

“As a friend of the industry, I would encourage you to come forward and fill us on these missing data points, whether you have spent this forex on fuel or any other inputs. Otherwise, the bad reputation will remain.

Your bad reputation is getting worse day-by-day, with the stories swirling around. Even today, when I was in Parliament, someone alleged that from 2007 to now, US $ 35 billion had been kept abroad by some exporters. I don’t believe in these figures. It’s good for your industry to counter such allegations. Come clean and say that you are not doing that. You have to be open and transparent,” he elaborated.

Further, he stressed that it’s critical for the Central Bank to gain access to the required data in order to make informed decisions related to exporters.

“It is in your best interest to let us know what’s happening. We need to understand what’s happening in order to make data-driven policy decisions. So, we can address your problems, which maybe in the regulatory sphere,” he said.