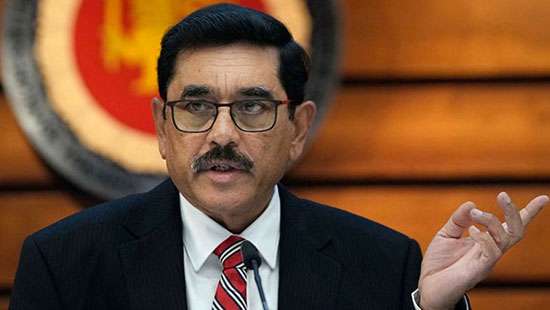 The Central Bank Governor Dr. Nandalal Weerasinghe today rubbished the claims that he is receiving a salary of Rs.2.5 million along with a pension from the International Monetary Fund (IMF).

Responding to a query from a reporter during a press conference held today, Weerasinghe said such claims have no substance.

“Those claims are completely untrue. I'm not getting any pension from the IMF. During the time I was with the IMF on behalf of the country, I was paid a certain amount. That’s all.

Weerasinghe also said the salary of the Central Bank Governor used to be around Rs.150, 000 but it was increased to Rs.400, 000 by his predecessor.

He further said unlike his predecessor, he doesn’t have an extensive security detail consisting of personnel from security forces.

He also said he has no intention in accepting any pension benefits deriving from his stay as the Central Bank Governor.