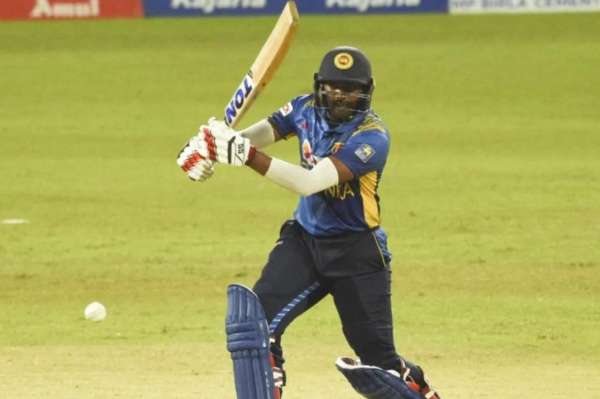 Batsman Bhanuka Rajapaksa has been released from Sri Lanka's squad for the three-match ODI series against Afghanistan, upon a request made by the player.

Sri Lanka Cricket (SLC) named a 16-man squad for the Afghanistan ODIs, of which Rajapaksa was a member of, but the media release added that Rajapaksa had asked for a break from ODI cricket and thus will not feature in the upcoming series.

No reason was given as to why Rajapaksa had requested for the break.

Meanwhile, Chamika Karunaratne was not included in the squad, despite his omission becoming a talking point ahead of the series.

Sports Minister Roshan Ranasinghe had called for an inquiry to be conducted into Karunaratne's omission, but it is understood that he met chief selector Pramodya Wickremesinghe yesterday who had clarified the reasons behind Karunaratne not being included.

SLC yesterday finded Karunaratne 5000 USD after he pleaded guilty to charges that he had breacehed clauses in his playet contract during the T20 Wolrd Cup in Australia.